“General” Custer Wasn’t Actually a General During His “Last Stand” 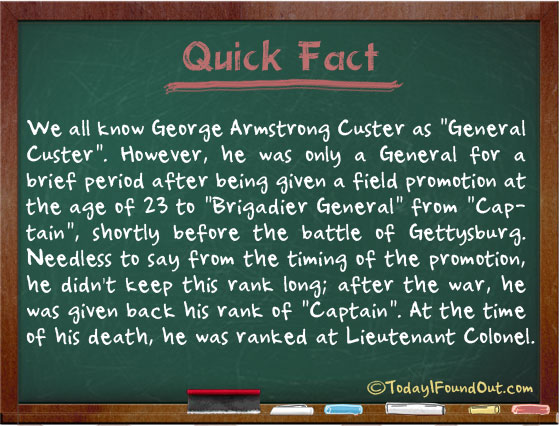 Text Version:
We all know George Armstrong Custer as “General Custer”. However, he was only a General for a brief period after being given a field promotion at the age of 23 to “Brigadier General” from “Captain”, shortly before the battle of Gettysburg. Needless to say from the timing of the promotion, he didn’t keep this rank long; after the war, he was given back his rank of “Captain”. At the time of his death, he was ranked at Lieutenant Colonel.