Charlie Chaplin’s Body Was Once Stolen and Ransomed 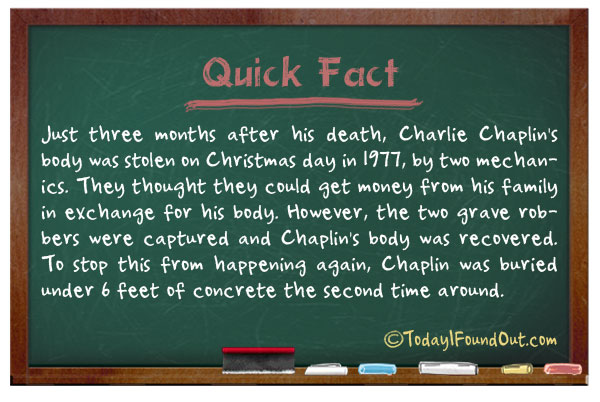 Text Version:
Just three months after his death, Charlie Chaplin’s body was stolen on Christmas day in 1977, by two mechanics. They thought they could get money from his family in exchange for his body. However, the two grave robbers were captured and eleven weeks later and Chaplin’s body was recovered. To stop this from happening again, Chaplin was buried under 6 feet of concrete the second time around.