Cheerleading Started As An All-Male Activity 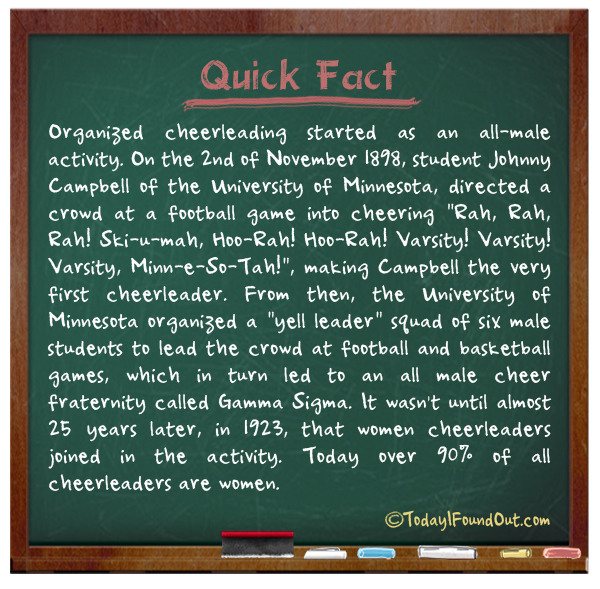 Text Version:
Organized cheerleading started as an all-male activity. On the 2nd of November 1898, student Johnny Campbell of the University of Minnesota, directed a crowd at a football game into cheering “Rah, Rah, Rah! Ski-u-mah, Hoo-Rah! Hoo-Rah! Varsity! Varsity! Varsity, Minn-e-So-Tah!”, making Campbell the very first cheerleader. From then, the University of Minnesota organized a “yell leader” squad of six male students to lead the crowd at football and basketball games, which in turn led to an all male cheer fraternity called Gamma Sigma. It wasn’t until almost 25 years later, in 1923, that women cheerleaders joined in the activity. Today over 90% of all cheerleaders are women.