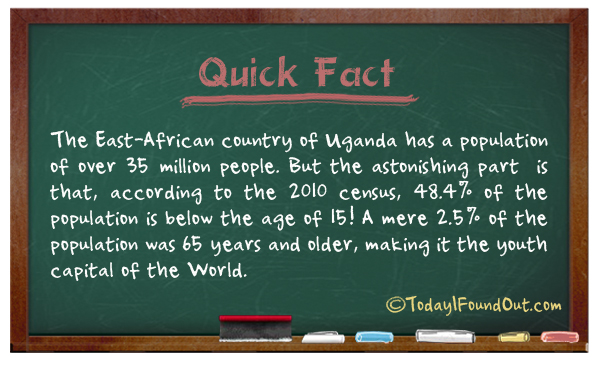 Text Version:
The East-African country of Uganda has a population of over 35 million people. But the astonishing part is that, according to the 2010 census, 48.4% of the population is below the age of 15! A mere 2.5% of the population was 65 years and older, making it the youth capital of the World.