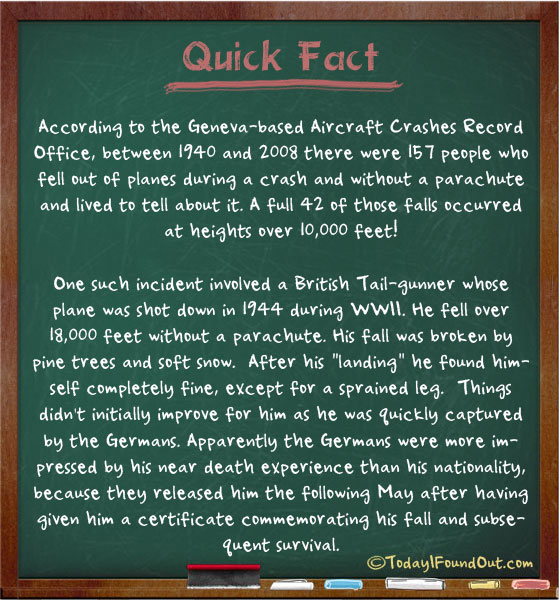 According to the Geneva-based Aircraft Crashes Record Office, between 1940 and 2008 there were 157 people who fell out of planes during a crash and without a parachute and lived to tell about it. A full 42 of those falls occurred at heights over 10,000 feet! One such incident involved a British Tail-gunner whose plane was shot down in 1944 during WWII. He fell over 18,000 feet without a parachute. His fall was broken by pine trees and soft snow.  After his “landing” he found himself completely fine, except for a sprained leg.  Things didn’t initially improve for him as he was quickly captured by the Germans. Apparently the Germans were more impressed by his near death experience than his nationality, because they released him the following May after having given him a certificate commemorating his fall and subsequent survival.