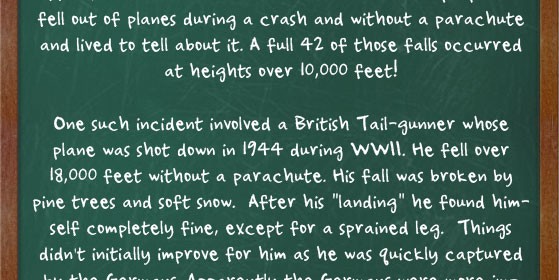 According to the Geneva-based Aircraft Crashes Record Office, between 1940 and 2008 there were 157 people who fell out of planes during a crash and without a parachute and lived to tell about it. A full 42 of those falls occurred at heights over 10,000 feet! One such incident involved a British Tail-gunner whose plane was shot down in 1944 […]