Reading in Dim Lighting Will Not Damage Your Eyes 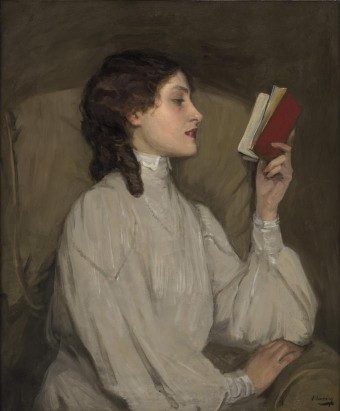 Myth: Reading in a dimly lit area will damage your eyesight.

In fact, the only “damage” reading in a dimly lit setting will do, in comparison to reading in an ample lighted setting, is to cause extra eyestrain, which will go away simply by resting your eyes.  This shouldn’t be too much of a surprise given the fact that for centuries people have been reading by candlelight without rampant reports of rapidly reduced eyesight.  In fact, the opposite has happened with rates of things like myopia, usually what is most cited as being what reading in dim light contributes to, being on the rise despite all our bright light sources.  Nonetheless, perhaps because parents the world over are trying to get their kids to go to bed, rather than to sneakily try to read by a nightlight or the like, this myth has been widely perpetuated.

It even made it on the list of “Seven Medical Myths That Doctors are Most Likely to Believe”, a list put together by the British Medical Journal, which is in turn owned by the British Medical Association (for the other six medical myths that even doctors sometimes perpetuate, see the Bonus Facts below).  In addition to doctors, 56.3% of teachers surveyed by BioMed Central say that in order to maintain good eye health, people should avoid reading in dim light, despite the fact that to date no scientific study has been able to conclusively show that reading in dim light hurts your eyesight (long term) more than reading in an adequately lit area.

Now it should be noted that people who read a lot or otherwise focus on things close up for long periods of time, such as people who work on computers all day or do a lot of sewing or the like, do have a higher tendency to develop myopia (nearsightedness), but dim lighting doesn’t appear to make this tendency worse, simply that excessive reading seems to contribute to eventually developing nearsightedness.

Why exactly this is the case isn’t yet fully understood, but the correlation is strong enough between groups of people who do a lot of “close-eye work” and their propensity to develop myopia at a drastically higher rate than the average, that most optometrists are prepared to say that “close-eye work” is for some a major contributing factor to developing myopia.  Although, of course, until someone figures out exactly why and proves it in a scientific manner, they can’t say for sure as correlation does not imply causation.  The leading theory, which seems plausible enough, is that the near constant straining of muscles focusing the eye, stretching the eyeball a bit, over the years gradually causes a permanent lengthening of the eyeball, thus the person developing myopia as they age.

Now, reading in dim light does seem to increase eyestrain, so some theorize that this exacerbates the above problem, assuming that theory is correct, but the consensus among optometrists is that if this is what is happening and eyestrain is indeed significantly greater in low-light, it’s very unlikely that the difference is going to be so great that it produces a noticeable acceleration of the development of myopia over reading in a well lit area.

The reason reading in low light is thought to increase eyestrain is because your eyes have to work a lot harder to focus on the words. Your iris is simultaneously trying to open your pupil as wide as possible to let in more light, while your eye is also trying to focus that small amount of light hitting the words onto your retina just right so that you can distinguish between the words and the page itself. According to optometry professor Howard Howland of Cornell University, this is accomplished by your muscles lengthening your eye even more than normal when reading to bring everything into focus.

Whether reading in low-light or ample light for lengthy time frames, the resulting eyestrain is not serious and one simply needs to rest the eyes on occasion. You can do so by periodically taking a break from focusing on something close up, and instead looking at something far away. Specifically as a general rule, optometrists tend to recommend taking a break from focusing your eyes on close up things for a minute or two every 15-30 minutes.  Also, closing your eyes for a minute helps because, while reading, you typically blink about 1/4 the amount you would normally do, so your eyes can get a bit dry.  Trying to train yourself to blink regularly while concentrating isn’t usually feasible, so the eye-closing method tends to work better for most people.