TNT and Dynamite are Not the Same Thing 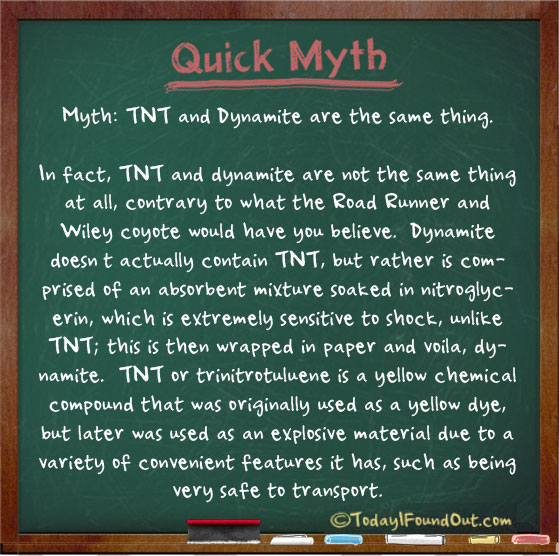 Myth: TNT and Dynamite are the same thing. In fact, TNT and dynamite are not the same thing at all, contrary to what the Road Runner and Wiley coyote would have you believe. Dynamite doesn’t actually contain TNT, but rather is comprised of an absorbent mixture soaked in nitroglycerin, which is extremely sensitive to shock, unlike TNT; this is then wrapped in paper and voila, dynamite. TNT or trinitrotuluene is a yellow chemical compound that was originally used as a yellow dye, but later was used as an explosive material due to a variety of convenient features it has, such as being very safe to transport.