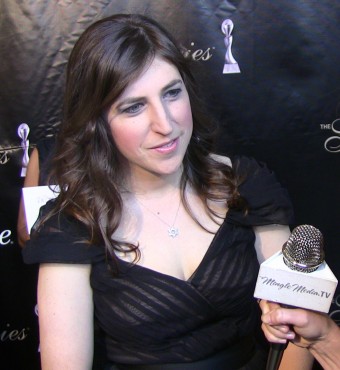 Today I found out the actress who played TV’s “Blossom” has a PhD in Neuroscience.

After starring in the TV show Blossom, Mayim Bialik decided to go to college rather than continue her acting career full time at that point.  She was accepted to both Harvard and Yale, but decided to stay closer to home and go to UCLA where she received a Bachelor’s in neuroscience in 2000.  Next up, she pursued a PhD in Neuroscience with her research focusing on “Obsessive Compulsive Disorder and the specific hormones related to human attachment”.

She finished her PhD in Neuroscience in 2008.  While pursuing her PhD, she also got married; had one child (and one just after finishing); appeared in a few TV shows, such as Curb Your Enthusiasm, Kim Possible, and 7th Heaven, among others; and wrote a book: Beyond the Sling: A Real-Life Guide to Raising Confident, Loving Children the Attachment Parenting Way.  As you might have guessed from the title, the book covers Attachment Parenting methods, based on the psychological principles of attachment theory, which is somewhat related to her research during her PhD program, “hormones related to human attachment”.

One of the more odd things she covers in the book, from a typical parenting-method point of view, is a way of potty training without diapers or the like, arguing against their use because, “You’re basically training your child to use their pants as a bathroom and two years later, we have them turn around and do all sorts of complicated manipulations to get them to unlearn.”  She also advocates child-lead transitions, such as letting the child decide when it’s time to stop breast feeding, rather than setting a specific age to stop, and other such things of this nature.

An actress getting a PhD in Neuroscience normally probably wouldn’t have been the best way to further one’s career, assuming she intended to continue acting when she decided to do it; however, in this case, it seems to have paid off swimmingly.  Rather than pursue becoming a research professor, which would have forced her to be away from her kids more than she would like, she decided to get back into acting regularly, thinking that she’d probably just get a few guest roles here and there. What actually happened was, in 2010, she landed a guest role on the hit show, The Big Bang Theory, which just one year later turned into her becoming a regular member of the cast.  One imagines the fact that she has a PhD in Neuroscience and significant experience in acting probably helped get her the role of Dr. Amy Fowler, who has a PhD in neurobiology and is Sheldon’s “girl who is a friend, but not his girlfriend”.