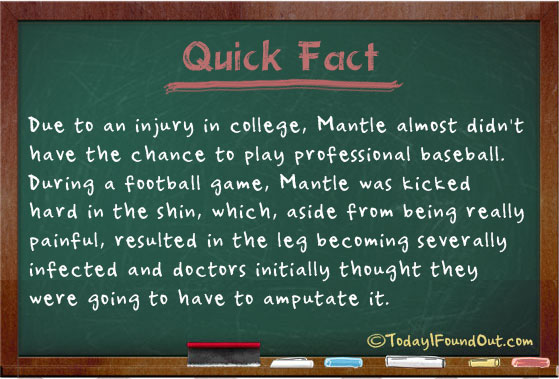 Due to an injury in college, Mantle almost didn’t have the chance to play professional baseball.  During a football game, Mantle was kicked hard in the shin, which, aside from being really painful, resulted in the leg becoming severally infected and doctors initially thought they were going to have to amputate it.