The Youngest Person to Give Birth Was Only 5 Years Old 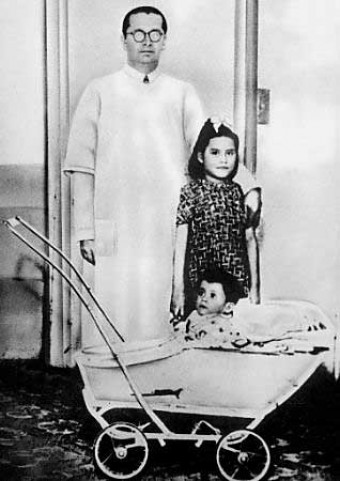 Today I found out that the youngest person to ever become pregnant and give birth was only 5 years old!

Lina Medina was born on September 27th, 1933 in Ticrapo, Peru. At age 5, her mother, Victoria, brought her to a hospital because her stomach was increasing in size. Her parents originally thought Lina was possessed by evil spirits, but upon examining her, Dr. Geraldo Lozada found she was approximately 8 months pregnant. A month and a half after her diagnosis, on May 14, 1939, Lina gave birth via caesarian section to a baby boy.

Lina was able to become pregnant at such a young age due to a rare condition known as precocious puberty, basically, an early onset of sexual development. Most girls begin showing signs of puberty around 10 years old. The majority of boys tend to go through puberty starting around the age of 11-12. People with precocious puberty tend to begin puberty around the age 7. Shockingly, according to her mother, Lina, on the other hand, began having menstrual cycles at age 2 ½ and her breasts were developed by age 4. When the doctors examined her at age 5, she was found to already have fully mature sexual organs.

Lina Medina’s son, Gerardo, was named after Lina’s doctor and grew up believing that his mother was his sister. It wasn’t until the age of 10 that he found out who his mother really was. He died in 1979 at 40 years old of a bone marrow disease. Lina never revealed the father of the child, nor the circumstances of her impregnation. According to a 1955 article reviewing the case, done by Luis Leon of the Associated Press, “Some pointed out there were frequent festivities celebrated by Indians in Andean villages, like the one where Lina was born. These often ended up in orgies in which rape was not uncommon.”

While this is hardly something one would want to hold the record for, for a so many reasons, it would seem that Lina is unlikely to lose this record any time soon (or one would at least hope so!)  So, for now, the current record for youngest human being to give birth to another is 5 years, 7 months, and 17 days, which means she was probably impregnated a month or two before her fifth birthday.  Disturbing…