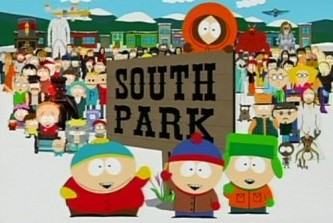 Today I found out Randy and Sharon Marsh and Gerald and Shelia Broflovsky were named after Trey Parker’s and Matt Stone’s parents respectively.

Trey Parker’s dad’s name is Randy Parker and, like Randy Marsh, he’s a geologist.    Sharon Parker is an insurance broker, unlike Sharon Marsh, who is a receptionist at Tom’s Rhinoplasty.  In addition to that, Shelley Marsh on South Park is also named after Trey Parker’s older sister Shelley.

Matt Stone’s mother, Sheila Stone, is also Jewish, much like Sheila Broflovski.  The last name Broflovoski is derived from Sheila Stone’s maiden name, Broslovski, which was later changed to Belasco when her family immigrated to the United States.  Stone’s father, Gerald Whitney Stone, is an economics professor, unlike Gerald Broflovski, who is a lawyer.

Stone also has a sister named Rachel, but creating a character for her in the Broflovski South Park family was ruled out because they felt Stan and Kyle were already too much alike.  Instead, they gave Kyle an adopted younger brother, Ike.