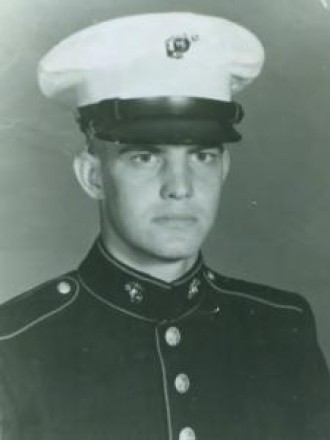 Today I found out Charles Osborne (1894-1991) had the hiccups non-stop for approximately 68 years, from 1922 to June 5th, 1990.  According to the Guinness Book of World Records, this is the longest bout of the hiccups ever recorded.

His hiccups first started in 1922 while weighing a hog for slaughter.  As he says, “I was hanging a 350 pound hog for butchering.  I picked it up and then I fell down.  I felt nothing, but the doctor said later that I busted a blood vessel the size of a pin in my brain.”  The result being that he damaged a small part of his brain that inhibits the hiccup response, according to Dr. Terence Anthoney who treated Osborne later in life.

In the beginning, Osborne’s hiccups occurred at a rate of around 40 times per minute on average.  Throughout his life, this gradually slowed to about 20 hiccups per minute until they finally stopped mysteriously about one year before his death in 1991.  It is estimated that he hiccuped over 430 million times in his lifetime!

Eventually, he learned to suppress most of the noise of a typical hiccup by breathing methodically between hiccups, which was a technique taught to him by doctors at the Mayo Clinic.

The fact that he kept his sanity through this is amazing enough, but apparently he lead a pretty normal life. He married twice over his long life (lived to the ripe age of 97) with the second wife marrying him despite the hiccups (he did not have the hiccups when he got married the first time).  He also fathered eight children.  Later in life though, he was forced to start grinding any food he ate in a blender due to the fact that it was hard for food to reach his stomach between hiccups.

Miraculously, about a year before Osborne died, his hiccups stopped.  The total number of years of his life he had the hiccups was about 68 years; the total without was about 29 years divided between the first 28 years of his life and the last year.