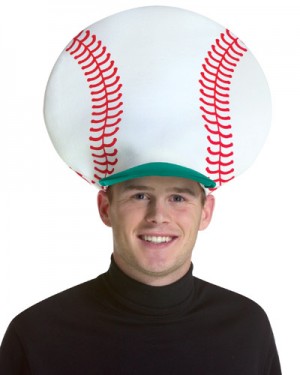 Today I found out why we are supposed to take our hats off for the national anthem.

The origins of this tradition happen to be the same as the origins of the tradition of saluting.  Knights, wearing helmets that covered their heads, would typically lift their visors to show their faces to their monarchs and others as a sign of friendliness and possibly respect in some cases.  The tradition of using ones right hand also comes from this.  Most people are right handed and thus, if your right hand is exposed and busy lifting your visor, it can’t contain a weapon.  This then is a sign symbolic of submission.

Fast forward a bit in history and this developed into the salute for soldiers.  At first, the soldiers would doff their helmets or other head-ware as a sign of respect.  However, the Coldstream Guards in 1745 were the first to forbid this: “The men are ordered not to pull off their hats when they pass an officer, or to speak to them, but only to clap up their hands to their hats and bow as they pass them.”

This practice quickly caught on, owing to the fact that the helmet or hat is a part of the uniform and thus it began to be thought of as disrespectful to take it off.  It also could be dangerous to take off a helmet in battle with gunfire and other shrapnel about.

Fast forward through history though and doffing a hat is still firmly entrenched as a sign of respect in a non-military setting, excepting in the case of women.  It was once considered very disrespectful for a woman to take her hat off during the national anthem and still is today to some extent.  To find out the reasons why on that, see the “Bonus Factoids” section below.

Here’s the problem though with all of this; there is no other reason besides “respect” for doing so today.  It’s on the fringes of circular reasoning; not quite there, but almost.  We are to take our hats off because it is respectful, but it’s respectful because it’s respectful.  Hats do not typically cover faces and I don’t know anyone who takes weapons to ball games or other sporting events where the anthem is traditionally played these days.

It has even gone so far as to be a law in the United States to take your hat off during the national anthem, but only for those not in the military (once again, those in the military are typically never to take their hats off during the national anthem as the hat is a part of their uniform).  This law is under United States penal code Title 36, Chapter 10.  There is no penalty listed for failure to comply, but it’s still a law.  Specifically:  “During a rendition of the national anthem… (B) men not in uniform should remove their headdress with their right hand and hold the headdress at the left shoulder, the hand being over the heart…”

Emily Post, in 1922, says “It is not necessary to add that every American male citizen stands with his hat off at the passing of the ‘colors’ and when the national anthem is played. If he didn’t, some other more loyal citizen would take it off for him.”  It would seem to me that this act of forcing someone to remove their hat would actually disrespect the flag and what it stands for with the more “loyal citizen” she describes, actually more or less spitting on what the flag and the anthem represent.

On that note, I think one soldier’s comments I read recently said it best when he said the following: “I always thought showing true respect for the flag and song itself was in having the right to choose whether to keep my hat on or off.”