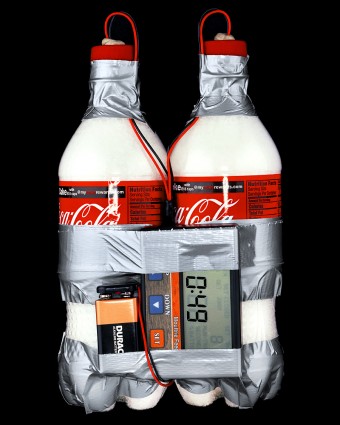 Today I found out that one Calorie is equivalent to one gram of TNT in terms of energy.  (It is important to note the capital “C” in calorie signifies a kilo-calorie, also known as a “food calorie” because the value listed on food labels are typically in kilo-calories.)

A Calorie is the amount of energy required to raise the temperature of one kilogram of water by one degree Celsius.  One Calorie is also approximately 4.184 kilojoules or about 1.16 watt/hours.

TNT is yet another method for quantifying energy released, but this time the energy released during an explosion.  Unlike a Calorie though, TNT is also an actual thing, namely Trinitrotoluene, which is a yellow colored substance that has some interesting properties for an explosive (see Bonus Factoids below).

The explosive yield of TNT is considered the standard measure for strength of bombs and other explosives with 1 ton of TNT equaling 4.184 gigajoules. So 1 kg of TNT then equals 4.6 megajoules, thus a single gram of TNT is equivalent in energy to one Calorie.