Chef Boyardee Was a Real Person 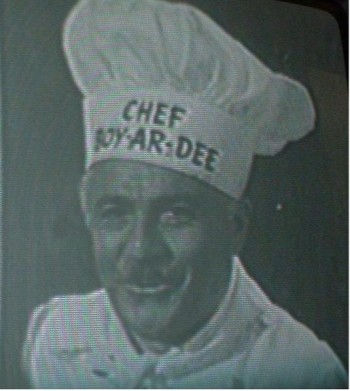 Today I found out Chef Boyardee was a real person.

Ettore Boiardi was an Italian-American immigrant born in 1897.  He worked as a cook at his first restaurant at the tender age of 10 years old in Italy.  He later immigrating to America at the age of 16 and took the name “Hector Boiardi” as he passed through Ellis Island.

From there, he worked at a variety of high end restaurants in New York as a cook, eventually working his way up to Chef.  At the age of 24, he moved to Cleveland and opened a restaurant with his wife.  The restaurant was called “Il Giardino d’Italia”, which means “The Garden of Italy”.

As he developed a strong customer base, he found himself in the enviable position of having customers clamber after his food so much, they wanted to take it home with them so they could have it any time.  He thus began bottling up his sauces in old milk bottles and packaging his special blends of cheeses and spices with dried pasta and selling these meal kits to customers.  It wasn’t long before the sale totals of these products surpassed his restaurant earnings, despite the restaurant itself doing booming business.

Fast forward around 4 years and the volume of his carry out meals being sold per day required a factory to produce.  Another 6 years later and he came up with the now famous brand name “Chef Boyardee”, changing the spelling of his name to be phonetically correct, as he was tired of explaining to people how to pronounce his name and thought if he was going to be selling nationally, he should make it easy for Americans to pronounce.  The rest is history.