Where “Upper Case” and “Lower Case” Came From 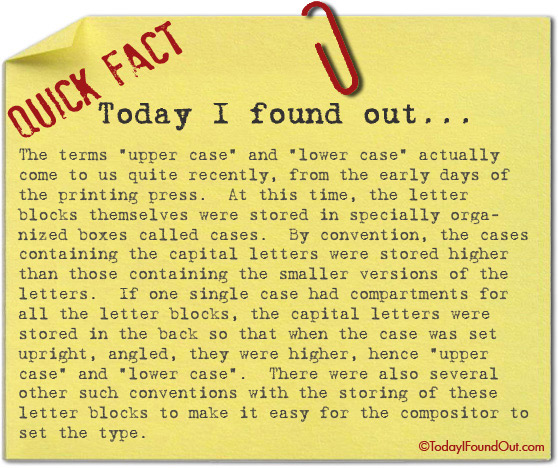 The terms “upper case” and “lower case” actually come to us quite recently, from the early days of the printing press.  At this time, the letter blocks themselves were stored in specially organized boxes called cases.  By convention, the cases containing the capital letters were stored higher than those containing the smaller versions of the letters.  If one single case had compartments for all the letter blocks, the capital letters were stored in the back so that when the case was set upright, angled, they were higher, hence “upper case” and “lower case”.  There were also several other such conventions with the storing of these letter blocks to make it easy for the compositor to set the type.