What Harry Houdini’s Real Name Was 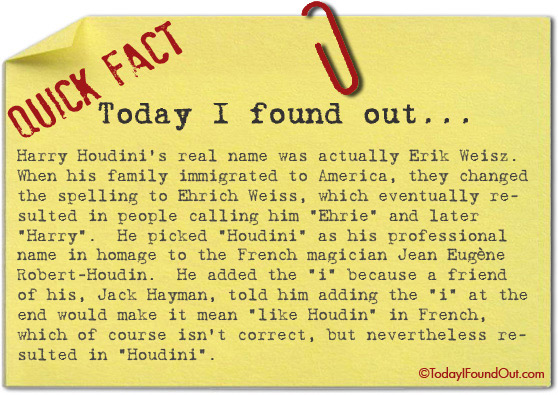 Harry Houdini’s real name was actually Erik Weisz.  When his family immigrated to America, they changed the spelling to Ehrich Weiss, which eventually resulted in people calling him “Ehrie” and later “Harry”.  He picked “Houdini” as his professional name in homage to the French magician Jean Eugène Robert-Houdin.  He added the “i” because a friend of his, Jack Hayman, told him adding the “i” at the end would make it mean “like Houdin” in French, which of course isn’t correct, but nevertheless resulted in “Houdini”.