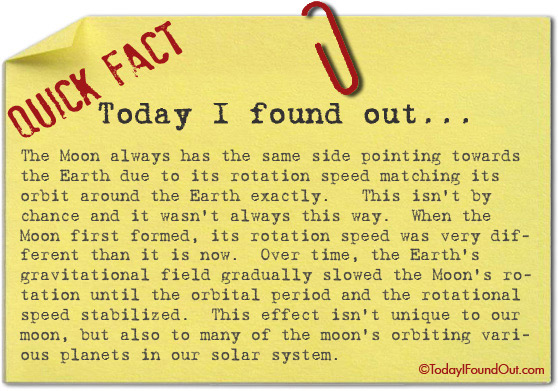 The Moon always has the same side pointing towards the Earth due to its rotation speed matching its orbit around the Earth exactly.   This isn’t by chance and it wasn’t always this way.  When the Moon first formed, its rotation speed was very different than it is now.  Over time, the Earth’s gravitational field gradually slowed the Moon’s rotation until the orbital period and the rotational speed stabilized.  This effect isn’t unique to our moon, but also to many of the moon’s orbiting various planets in our solar system.

tagged with astronomy facts, dark side of the moon