What “PEZ” in “PEZ Dispenser” Stands For 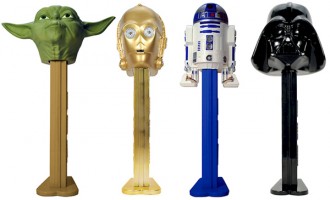 Today I found out what the “PEZ” in “PEZ Dispenser” stands for.

PEZ started out as a peppermint breath mint company in Vienna, Austria in 1927.  The name PEZ derives from this fact.  Specifically, “PEZ” comes from the German word for peppermint, “pfefferminz”, with the “p” coming from the first letter of the word; the “e” is from the sixth letter, which is the middle of the word; and the “z” from the last letter.

The first PEZ mints were not served in modern day style PEZ dispensers, but rather were sold in tin containers, very much like modern day Altoids tins.  It wasn’t until 1948 that the first PEZ dispenser was created, called a “Box Regular”, introduced at the Vienna Trade Fair about a year later.  This dispenser was in the form of a cigarette lighter, which the company states was to market their bricks as “anti-smoking” mints, which one would think the design would probably have the nice side effect of making it popular with kids, similar to candy cigarettes and other similar product.

PEZ became extremely popular in the next decade thanks to beginning marketing the product in the United States and thanks to the new “character” PEZ dispenser designs, such as Santa, Mickey Mouse, and Popeye.  Around this time, they also introduced fruity flavored bricks, which significantly boosted sales among children.  Another very popular PEZ dispenser in the 1950s was the space gun, which produced a PEZ brick out the barrel of the gun when the trigger was pulled.