Why Chocolate is Bad for Dogs 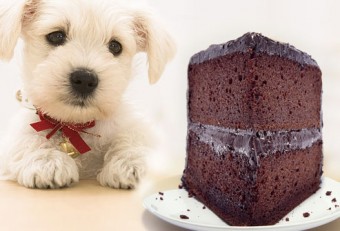 Today I found out why chocolate is bad for dogs.

Chocolate contains an alkaloid called “theobromine”.  Theobromine is in the same family as caffeine and is a type of stimulant (they both are mythylxanines).  Theobromine stimulates the central nervous system, cardiovascular system, and causes a slightly increases blood pressure.

Dogs and certain other animals, such as horses and cats, cannot metabolize theobromine as quickly as humans can; this causes the above effects to be much more severe than is the case with humans.   The specific notable side effects of toxic levels of theobromine in dogs includes: diarrhea; vomiting; increased urination; muscle twitching; excessive panting; hyperactive behavior; whining; dehydration; digestive problems; seizures; and rapid heart rate.  Some of these symptoms, like the rapid heart rate, can ultimately be fatal to the dog.

So how much chocolate is too much for a dog?  That depends on the size and age of the dog, as well as what type of chocolate was consumed.  The larger the dog, the more theobromine they can handle without dying and older dogs tend to have more problems with the side effects, as noted above.

For more specific figures, here are the approximate amounts of theobromine  per ounce of chocolate:

So, the general rules for the amount of chocolate that will be toxic for a dog:

How to Treat a Dog That Has Eaten Chocolate

There is little that can be done for the dog, particularly at home, to treat the theobromine poisoning once it’s in the dog’s bloodstream.  Thus, the general methods of treatment tend to be ways to try to stop the consumed theobromine from reaching the bloodstream.  These include:

In order to induce vomiting, the easiest way, aside from sticking your finger down their throat or the like, which isn’t at all recommended, is to get the dog to eat something like 1-2 tsp of hydrogen peroxide, which should shortly induce vomiting and can be repeated a few times every 15 minutes, if it does not.  Alternatively, 2-3 tsp of Syrup of Ipecac should do the trick, though this one should NOT be repeated, even if it doesn’t work the first time.

For the activated charcoal, about 1-2 tsp of activated charcoal mixed thoroughly with water should be fed to the dog.  This also works well for certain other types of toxins that dogs and cats can sometimes consume, such as: carbamate insecticides, herbicides, and rodenticides.