What Nougat Is Made Of 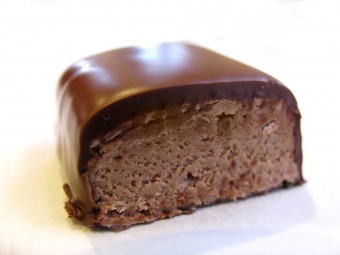 Today I found out what nougat is made of.

There are three main types of nougat: white nougat; brown nougat; and German nougat.  White nougat is made primarily from whipping egg whites, sugar, nuts (usually almonds, pistachios, or hazelnuts), and honey together.  Brown nougat is made in a very similar fashion as white nougat, except generally without the egg whites and brown nougat usually uses caramelized sugar, making it a lot thicker than white nougat.  Finally, German nougat, also known as “Viennese Nougat”, is generally made with only sugar, chocolate, and almonds.

The nougat in candy bars typically is not made with sugar, but rather uses sucrose and corn syrup, then aerated hydrolyzed soya protein or gelatin, instead of egg whites.