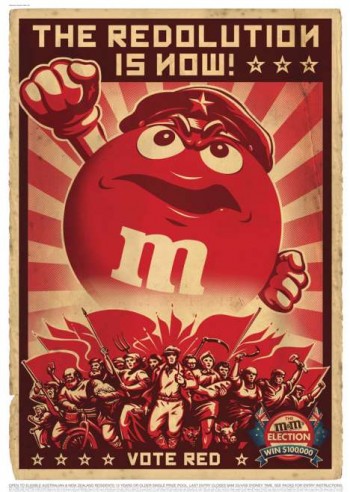 Today I found out what the M’s stand for in “M&Ms”.

In 1941, Forrest Mars Sr., of the Mars candy company, struck a deal with Bruce Murrie, son of famed Hershey president William Murrie,  to develop a hard shelled candy with chocolate at the center.  Mars needed Hershey’s chocolate because he anticipated there would be a chocolate shortage in the pending war, which turned out to be correct.

As such, the deal gave Murrie a 20% stake in the newly developed M&M; this stake was later bought out by Mars when chocolate rationing ended at the end of the war, in 1948.

The name thus stood for “Mars & Murrie” the co-creators of the candy.