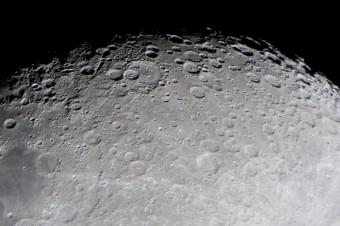 Today I found out Moon dust smells like spent gunpowder.  This is according to the astronauts that have had the opportunity to smell fresh Moon dust that had been tracked into the lunar module after excursions out on the surface of the Moon.

The astronauts didn’t just smell the dust though, they also touched and tasted it.  They say it feels like soft snow, though despite the softness is surprisingly abrasive, extremely clingy, and near impossible to brush off.  The taste apparently is also very similar to gunpowder, according to Apollo 16 astronaut Charlie Duke.

Interestingly, Moon dust and gunpowder aren’t similar at all in composition.  So why it should smell like this is a mystery; Moon dust doesn’t smell like anything once back on Earth.  Thus, this smell has not been able to be studied due to the fact that the seals were broken on the containers containing fresh Moon dust (dust that had not been exposed to moist air).  What caused the breaking of the seals was actually the unexpected abrasiveness of the Moon dust, which cut the seals.

There are two main theories as to why the Moon dust smells like this when it first comes in contact with moist air.  First, perhaps we are seeing the “desert rain” effect.  This is where the completely moisture free dust comes in contact with the moist air in the lunar module.  This releases odors from the dust that have lain dormant for untold years.  The second theory is that there is some sort of oxidation taking place.  Oxidation is very similar to burning, but without the smoke as it happens too slowly.  So this might produce this burning gunpowder smell.

The Moon dust itself is made up of primarily silicon dioxide glass that has been shattered into tiny pieces.  There is also quite a bit of iron, calcium, and magnesium.