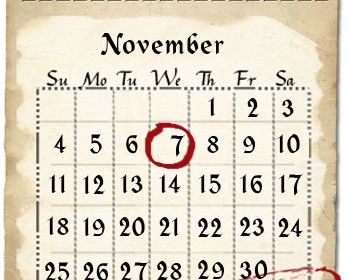 On this day in history, November 7th… 1665 :  One of the oldest surviving newspapers, ‘The London Gazette’ was first published. At that time, King Charles II and the Royal Courts had shifted base from London to Oxford, to avoid the Great Plague. For fear of contagion, no one was willing to touch or read the newspapers from London. Thus, the […]