In 1975, George Lucas was casting for his upcoming sci-fi film The Star Wars (name later changed to simply Star Wars).  After a joint casting session with Brian De Palma, who was looking to hire actors for his new horror movie Carrie, Lucas was able to cast many of his principal actors. He decided on two young no-names, Carrie Fisher […]

END_OF_DOCUMENT_TOKEN_TO_BE_REPLACED

The Original Proposed Name of Star Wars: A New Hope

##EMBED## Click Here for Sources and to Learn More Interesting Star Wars Facts Text Version “Adventures of Luke Starkiller, As Taken From the Journal of the Whills, Saga 1: The Star Wars” was the original title of “Star Wars: A New Hope”.

END_OF_DOCUMENT_TOKEN_TO_BE_REPLACED 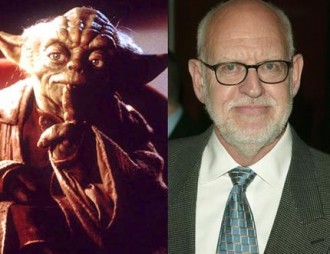 Today I found out the person who did the voice and puppeteer work for Jedi Master Yoda also did the same for Miss Piggy and the Cookie Monster. The man was Frank Oz and not only did he do the voice of Yoda and most of the puppetry work, he is also responsible for quite a bit of Yoda’s character […]