The Greatest Year in Gaming History 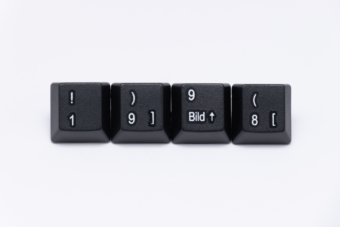 If you were to ask a group of experts in various entertainment segments to point to a single year as the greatest in medium’s history, you’d likely get a slew of different answers with different rational. For example, when it comes to film, there’s no clear agreement between critics and film buffs about a particular year you can point to as being objectively superior in terms of the releases compared to other candidates. Dates sometimes thrown around include 1993- the year Schindler’s List, Philadelphia, The Fugitive, The Piano, Jurassic Park, Groundhog Day, Sleepless in Seattle, Rudy, Cool Runnings and The Sandlot came out; 1984, which saw the release of Indiana Jones and the Temple of Doom, The Karate Kid, Footloose, Gremlins, Terminator and Beverly Hills Cop; and even, oddly, some suggesting 2013, which saw the release of the likes of 12 Years a Slave, Dallas Buyers Club, and Frozen…

In fact, the closest you can get to a loose consensus amongst film critics in term of a definitive best year in film is 1939 which saw the release of Gone with the Wind, Of Mice and Men, Stagecoach, The Wizard of Oz, Ninotchka and Mr. Smith Goes to Washington.

In contrast, when it comes to video games, while there’s always room for debate in these things and you’re never going to get universal agreement, critics and gaming historians tend to have a far more cohesive answer- usually pointing firmly to 1998 as being the greatest, or perhaps more aptly, most influential year for the medium as it stands today.

The reasons given vary somewhat, but the argument generally starts with the astonishing number of extremely influential games that were simultaneously successful from both a critical and commercial standpoint and how these games increased the perception of video games in the sphere of media and entertainment as a whole. It’s also pointed out that several titles that year launched some of the most influential game making companies from then ’til now. 1998 was also arguably the year where 3D interfaces finally matured to the point where they added to gameplay, instead of so often detracting.

So what games came out that year? To begin with we have The Legend of Zelda: Ocarina of Time, which is often put forth as one of the best video games ever made. Next up we have Resident Evil 2, which shattered the previous record for sales on opening weekend and spawned dozens of pieces of spin-off media including a film series where Milla Jovovich karate kicks zombies. Following that, there was Pokemon Red and Blue, a game series which is now a literal globe-spanning merchandising behemoth.

In addition to this, the year also saw the release of smaller, perhaps less well-known games that are considered classics today including Spyro the Dragon, Banjo-Kazooie, F-Zero X, Parasite Eve, Fallout 2, Grim Fandango and the author of this piece, Karl Smallwood of Fact Fiend fame’s, personal guilty pleasure, the skeleton adventure simulator MediEvil.

Critically speaking, 1998 was a year when at least half a dozen contenders for the title of “best videogame of all time” were released, at least going by their consistent placing on lists ranking this. Examples include the aforementioned Grim Fandango, The Legend of Zelda: Ocarina of Time and Resident Evil 2, along with titles we haven’t yet mentioned like Half-Life, Rainbow Six, Baldur’s Gate, Thief, StarCraft and Metal Gear Solid- all of which received perfect or near perfect ratings on release and continue to receive critical praise to this day.

Singling out specific games there, some of the most influential to the medium as a whole include Half-Life which critics generally consider to be the definitive first person shooter (a dominant genre in the market today) and Metal Gear Solid which set a bar for storytelling and player interaction few games have managed to top since.

Culturally you have games like StarCraft which was so ingrained in the fabric of South Korean society at the apex of its popularity that the country’s Air Force had a professional StarCraft team and millions would regularly watch games that were televised from massive stadiums. Today “esports” as they’re known are a massive, billion-dollar business that owes much of its success to the groundwork laid out by games like StarCraft and the cult-like following they had in a time before social media and ubiquitous access to the internet.

Similarly you have the aforementioned Pokemon Red and Blue which were the first games in the Pokemon franchise- a franchise so massive you may remember that a mobile game evoking the nostalgia of that original game was a literal global phenomenon in 2016.

In terms of these influential games released in 1998, the site Gamespot perhaps sums up most succinctly:

“1998 was a year of firsts. The first narrative-driven shooter. The first three-dimensional Legend of Zelda game. The first modern stealth simulator. The first Japanese role-playing game that would drive us to catch them all. The first game to emulate cinematic techniques and direction. And the first RPG from a developer that has now become the genre’s leader.”

1998 also saw a significant boost in perception of this form of entertainment as a matured medium, with, for example, Shigeru Miyamoto (the creator of Mario) being recognised by the Academy of Interactive Arts & Sciences for his contributions to the world of entertainment, being the first official inductee into their Hall of Fame.