April 29, 2016 Dusti
This is a weekly wrap of our popular Daily Knowledge Newsletter. You can get that newsletter for free here. 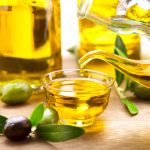 Generally speaking, olive oils fall into one of two broad categories: refined and unrefined, with virgin and extra virgin fitting in the latter category, and pure and light olive oils in the former. Olives used to make the two virgin, unrefined oils aren’t treated with heat or chemicals, but, rather, are cold pressed; as the name implies, this means the olives are simply pressed and squeezed to get the oil out. Those olives that produce the highest quality oil in terms of rich taste (though flavor can still vary wildly based on a variety of factors) and acidity make extra virgin olive oil, while slightly riper olives, that are also simply just pressed, produce virgin olive oil. In terms of acidity…(more) 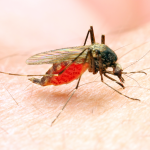 Female mosquitoes can put a damper on any outdoor event when they start to snack on those present. (Note: only the females drink your blood; they don’t need it for their own nourishment, but for certain nutrients necessary to develop their eggs). Certain peopleseem to be swatting the insects away or ending the night with more red bites than others. So is it true that some people really are more “attractive” to mosquitoes, and, if so, why is this the case? To answer the first question- yes, some people do attract mosquitoes more than others at certain times.  As for the answer to why this is the case, there are numerous factors involved.  Beyond the several hundred chemical odors that have been identified to date that the human body gives off…(more) 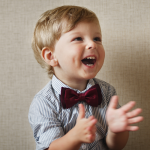 Clapping is the near-ubiquitous way we show our appreciation of something, particularly when we’re in large groups. But have you ever wondered why slapping our hands together has come to be so closely associated with approval and where the practise originated from?To begin with, the idea of clapping to show appreciation is a learned behavior. Babies generally start clapping before they are one year old, but without encouragement from parents, this tends to be a behavior that isn’t often used, and certainly not to show appreciation- simply that the baby discovers it can make a noise with its hands and for a time becomes fascinated by this. From here, parents usually begin (whether consciously or not) teaching them to use this motion and sound to show enthusiasm…(more) 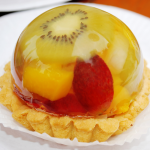 Unless you’ve managed to make it this far in life without setting foot in a store, you’re probably aware that jello, popularly known as jelly by my British compatriots, is a genericization of the brand Jell-O which itself was derived from the word “gelatin”. (See: The Jiggly History of Jell-O) Gelatin is a protein derived from collagen via a process called hydrolysis, which breaks apart the bonds of this protein with water. While hydrolysis may sound complicated, it’s simply a matter of boiling collagen rich animal byproducts, usually bones, connective tissue and skin, in water for many hours to break it down. The resulting broth is then carefully strained before the water is evaporated, leaving behind gelatin which can either be pressed into sheets or sold as a powder. Given that it is made from animal byproducts, gelatin and products containing it aren’t considered to be vegetarian and as a result…(more) 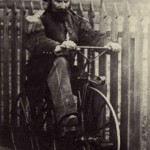 The Forgotten Emperor of the United States and Protector of Mexico, Norton.

His Imperial Majesty Joshua Abraham Norton I was born between 1811 and 1818 in England. Records of his birth date vary considerably, but it’s likely that the latter date is the correct one. His family immigrated to South Africa when he was quite young, where his father headed a small Jewish community. As a young man, he initially attempted to run his own business in Cape Town but quickly went bankrupt and started working at his father’s ship chandlery instead…(more) 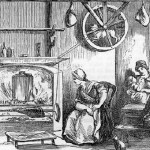 Considering how most dogs in the Western world these days are treated as a member of the family, it’s often easy to forget that the vast majority of our furry friends up until very recently were bred for a specific purpose. Perhaps no dog was bred for a more specific purpose than the now extinct, turnspit. The turnspit was so named because it was literally bred just to run for hours on a tiny wheel that turned a spit. No, really, that was all it did. You see, a few hundred years ago the generally preferred method for cooking a large piece of meat evenly was to put it on a spit and rotate it until it was fully cooked…(more) 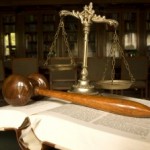 Rooted in the basic Christian tenet that Sunday is to be reserved as “the Lord’s day,” blue laws were originally enacted across the United States to encourage church attendance and restrict activity only to that worthy (at least according to some) of observation on the Sabbath. Transformed over time from a religious proscription to simply reflecting the values of a given community, today blue laws continue to prohibit otherwise legal activities in many places across the country. The first blue law, although not called that at the time, was enacted in colonial Virginia in 1610, and it mandated church attendance (at both morning and afternoon services) on Sundays; a first-time offender lost his “provision and allowance for the whole week.” Those who committed a second offense, in addition to losing his “allowance,” would be whipped. A third violation was…(more) 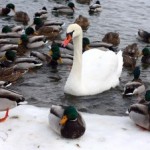 How a bird reacts to the cold depends on what kind of a bird it is and there are a variety of methods they use to keep their legs warm, from the mundane to the much more fascinating. For starters, many birds will simply pull their legs and feet close to their centre of mass one at a time, keeping them warm with their feathers and body heat and off the cold ground. Likewise, some birds crouch down and cover both feet with their plumage. In particularly cold weather, the bird can also “fluff up” its feathers, trapping air between the feathery layers to keep extra warm from head to toe, so to speak. If there are other birds around, they may also huddle together…(more) 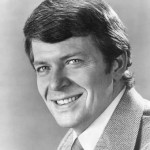 “The Brady Bunch” was a hugely successful sitcom which ran for 5 seasons (117 episodes) from 1969 to 1974. One of the show’s stars was Robert Reed, a Shakespearean trained stage actor. Previous to “The Brady Bunch”, Reed had also been a co-star of a very successful drama called “The Defenders” with E.G. Marshall in the early 1960s. Usually when a TV show is canceled, it happens mid to late season, before production actually winds down. The actors know they have been canceled, but they wind down and knock off the last few episodes. In recent years, a final “end-of-the-series show” has become almost a ritual in Hollywood. When “The Brady Bunch” was winding down after their fifth season, they had every reason to believe they would be returning for a sixth season in 1974-75…(more)