One Bad Line- A Dark and Stormy Write 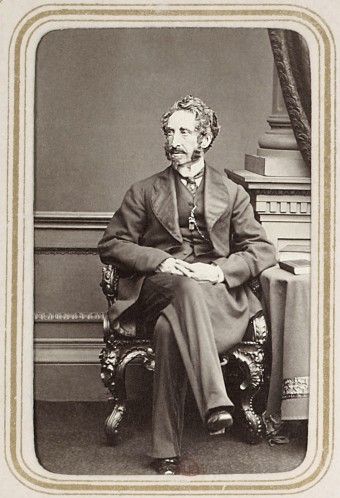 Alas, life just isn’t fair. Consider the case of Edward Bulwer-Lytton, a successful 19th –century author who was forgotten by history, then rediscovered…but only so that readers could ridicule him for one really bad opening line.

BAD TO THE BONE

It’s a rare author who can generate a single sentence that inspires ridicule from writers as divergent as Edgar Allen Poe and Charles Schulz. But that’s what Edward Bulwer-Lytton succeeded in doing. The terrible line that sealed his reputation is the opening of his 1830 novel Paul Clifford:

It was a dark and stormy night; the rain fell in torrents-except at occasional intervals, when it was checked by a violent gust of wind which swept up the streets (for it is in London that our scene lies), rattling along the housetops, and fiercely agitating the scanty flame of the lamps that struggled against the darkness.

Interestingly, when Charles Schulz used it in 1965 in the comic strip Peanuts (it was the opening line of Snoopy’s forever unfinished novel), he probably improved the line greatly simply by stopping after the first seven words, because part of the awfulness of the line is the way it goes on and on (and on).

Today the British author’s name may be best known for being attached to a challenge dedicated to bad writing. The Bulwer-Lytton Fiction Contest, sponsored by San Jose State University in California, attracts tens of thousands of entries every year, each writer hoping to be recognized as the author of the worst opening line of a fictitious novel. For instance, the winner of the 2011 competition:

Cherly’s mind turned like the vanes of a wind-powered turbine, chopping her sparrow-like thoughts into bloody pieces that fell onto a growing pile of forgotten memories. – Sue Fondrie, Oshkosh Wisconsin

But not all of Bulwer-Lytton’s writing was bad. Some reviewers considered him equal to-or even better than-his contemporary Charles Dickens. In fact, Dickens consulted with Bulwer-Lytton about the manuscript of Great Expectations and took his advice in changing the unbearably sad ending (lovers forever part) to a happy one (lovers meet again and vow to never part).

Here are some more facts about the contest’s namesake.