May 4, 2015 Melissa
Karla S. asks: What does it mean when a show gets syndicated? 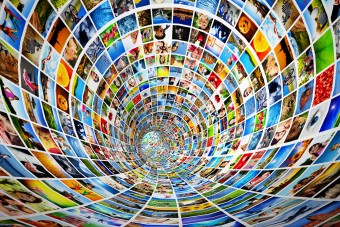 Selling the right to broadcast a television or radio program to independent stations, syndication has enabled the modern system of 24/7 broadcasting by providing producers of content with a consistent revenue stream, and stations with enough programming to satisfy their eager audiences.

There are a variety of syndication types, including movie packages and public broadcasting, although perhaps the two most common, and lucrative, are first-run and off-network (re-runs).

First-run syndication refers to shows that have never been aired previously and common examples today include Wheel of Fortune and Judge Judy.

Off-network syndication refers to shows that were first aired on network television, and are being broadcast again (aka: re-run); common examples today include The Big Bang Theory and Modern Family. Note that when these programs were first aired by the networks, they were shown through either stations that were owned-and-operated by the network (O&O) or network affiliates, with which the network has a special contractual agreement that covers programming as well as other issues.

So how did this system get setup? Syndication of entertainment programs has been around since the 1930s, when syndicated radio shows were being distributed throughout the United States. These first radio programs were distributed on transcription disks (similar to old LPs, but with higher audio quality for broadcast). This format was eventually replaced by phonograph records, then tape recordings, cassettes and CDs, and while the practice of buying and selling radio shows is ongoing, today they are likely to be downloaded.

In any event, early popular syndicated radio shows included The Chevrolet Chronicles and the wildly popular Amos ‘n’ Andy. A cultural phenomenon at the start of the Great Depression, the 15 minute show aired six nights each week and boasted upwards of 40 million listeners. Throughout the 1940s, syndicated radio shows remained popular due in no small part to programs such as The Adventures of Superman, which ran through 1949. (And if you’re curious about how Superman’s curious underwear choices started, see: Why Superheroes Wear Their Underwear on the Outside)

While televisions were made and some limited television broadcasting was done in the late 1930s, large-scale, commercial broadcasting didn’t appear in the United States until the late 1940s. Taking a page out of radio stations’ books, independent televisions stations soon realized they were desperate for additional programming to fill the hours in between their original productions.

Capitalizing on that need was Frederick Ziv, who had cut his teeth in advertising in the 1930s, developing slogans for the burgeoning radio market, including “The Freshest Thing in Town,” for Cincinnati’s Rubel’s Bakery. The ad campaign was so popular that Ziv was able to transform it into a full-fledged, 15 minute, five-day each week radio program, which he soon syndicated across the South and Midwest. Realizing he had found a new market, within a decade Ziv had built a successful syndication company, selling shows such as Favorite Story and Bold Venture, this last starring Humphrey Bogart and Lauren Bacall, to stations across North America.

Over the years, syndication has become even more popular, and lucrative, and those in the highest demand in recent years include NFL regular season games, The Big Bang Theory, Modern Family, Judge Judy, Wheel of Fortune and Jeopardy. Between the two game shows alone they average more than 22 million viewers daily which helps to explain why they are among the longest-running syndicated shows in history.

Another notable syndicated champion is Seinfeld. Between 1998 and 2013, Seinfeld has generated more than $3 billion in syndication fees, and its co-creators, Larry David and Jerry Seinfeld, themselves have each raked in as much as $400 million from selling the show as re-runs. There appears no end in sight either; only a few days ago, Hulu announced it had acquired the online streaming rights for the show, with a deal valued at around $1 million per episode (a total of 180 episodes).

Note that programs that are still in first-run can be syndicated as well once they reach the 85-100 episode threshold; for example, Modern Family recently went into syndication on USA, costing the network $1.4 million per episode.

Syndicating a current show can offer other benefits as well. After the popular show, The Big Bang Theory, went into syndication, its audience for first run episodes rose by 21%.