July 27, 2014 Daven Hiskey
This is a weekly wrap of our Daily Knowledge Newsletter. You can get that newsletter for free here. 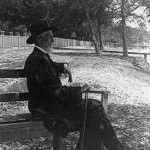 Jefferson Davis was attending a Sunday church service in the capital of the Confederacy, Richmond, Virginia, when he heard the news. Union General Ulysses S. Grant had broken General Robert E. Lee’s defenses in Petersburg, less than twenty five miles from Richmond. By nightfall, the evacuation of Richmond needed to be completed. At approximately midnight, Confederate cabinet members, officials, their families, and the entire treasury (the mythical “Confederate gold”) were finally making their way south to Danville, Virginia on the only railroad still open. This was April 2, 1865. One week later, on April 9th, General Grant and General Lee met at the Appomattox Court House to sign the Confederacy’s official surrender. America’s Civil War was finally over. Even with a surrender signed and the Civil War effectively over, the President of the Confederacy, Jefferson Davis, didn’t want to admit defeat. He set-up a temporary government in… (more) 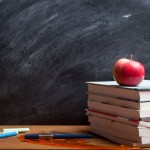 Widespread publicly funded, mandatory education has only been around since about the 19th century. Before then, the responsibility of providing schooling to children fell primarily on their families. Upper- and middle-class families tended to hire tutors or send their children to a private school run by a schoolmaster. That didn’t mean the children in lower-class families missed out on learning how to read and write. They often learned this at home, through apprenticeships, or at church-funded schools. In addition, some poor families scraped together enough money to pay for their children to receive an education. Some even worked out a… (more) 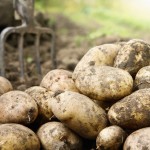 Among other definitions, a “spud” is a “sharp, narrow spade” used to dig up large rooted plants.  Around the mid-19th century (first documented reference in 1845 in New Zealand), this implement of destruction began lending its name to one of the things it was often used to dig up, namely potatoes.  This caught on throughout the English speaking world and this slang term for a potato is still common to this day. A false origin of how potatoes first began being called “spuds” you might often read is that it came from the 19th century group “The Society for the Prevention of an Unwholesome Diet” (SPUD), who among other things felt potatoes shouldn’t be eaten.  Previous to the… (more) 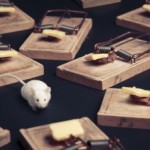 It turns out this has nothing to do with the mammaries of the fairer sex, but rather has its origins in the Spanish word “bobo,” meaning “stupid,” “fool,” or “naïve.” This Spanish word in turn comes from the Latin “balbus” meaning “stammering”, which to the Romans was thought to be a sign of stupidity. So, essentially, a “booby trap” is a trap that “boobies,” or idiots, are the victims of. Around the same time this first popped up, we also had expressions like “booby prize,” meaning a prize given… (more) 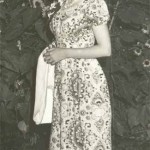 On Christmas Eve, 1971, just a few hours after attending her high school graduation, 17 year old Juliane Koepcke and her mother, Maria, got on a flight from Lima, Peru to Pucallpa. The two were headed out to join Juliane’s father, Hans-Wilhelm, a famous German zoologist who was working at a remote research station in the rainforest. Approximately 30 minutes into the flight, the plane entered very thick, black clouds. “The clouds became darker and darker and the flight became more turbulent. Then we were in the midst of pitch-black clouds and a proper storm with thunder and lightning,” said Koepcke. “It was pitch-black all around us and there was constant lightning. Then I saw a glistening light on the right wing… The motor was hit by lightning. “ While planes get struck by lightning all the time with no real problems ensuing, this time there was a big problem.  Directly after the… (more) 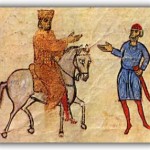 The Peasant Who Became a Powerful Emperor

Born into a poor peasant family in a foreign land, no one had worse odds to become the ruler of the Byzantine Empire than Basil. Yet, through a combination of hard work, scheming, murder and competence, Basil ascended to the Byzantine throne and enjoyed 19 years of relatively peaceful rule. Authorities disagree over when and where Basil was born. Some place his birth year as 812 CE, while others set it around 830 CE. Ethnically Armenian, scholars also disagree over whether he was born in Thrace, and then carried off with his peasant parents… (more) 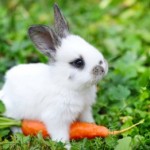 Rabbits and hares are often confused for one another, so much so that to many the two names are interchangeable in casual conversation. When you learn that jackrabbits are actually a type of hare, and that there’s a breed of rabbit called the Belgian hare, it’s not difficult to see how this can be confusing. However, rabbits and hares are quite different, so much so that they don’t breed with one another in their natural habitats. From the moment they are born, rabbits and hares are easily distinguished. Baby rabbits, called kittens, are born blind and furless. They are unable to move around much on their own as they are as weak as, well, a newborn kitten. Baby hares, called leverets, have the upper hand. They are born with their fur and their eyes open. You might see a baby hare… (more) 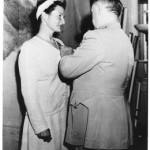 Her name was Virginia Hall, an American spy born in Baltimore in 1906. She attended both Barnard College and Radcliffe College—two prestigious all-women’s higher education facilities—and continued her studies at schools in France, Germany, and Austria. She had dreams of a career in foreign service. At just twenty-five years old, she was appointed to the position of Consular Service clerk at the American Embassy in Warsaw, Poland and seemed to be well on her way to accomplishing her goals. Unfortunately, shortly after her appointment, she sustained an injury in a hunting accident—she accidentally shot herself in her left leg. Repairing the leg was beyond the medical technology of the time, and in 1933 it was amputated from the knee down. Hall was given a prosthetic wooden “peg leg” to use instead, and seemed to take it all in stride. She later… (more) 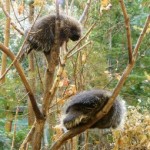 Porcupines mate in a very bizarre way. They first begin their ludicrous lovemaking with some nose rubbing. If the female accepts the nose rubbing and, after the initial nose rubbing test, the female is still keen on the male, the male will then stand on its hind legs and the female allows him to urinate all over her body (kinky).  This isn’t done in a normal bladder expelling fashion, though. In this case, the urine is ejaculated at high pressure, rather than relying on internal bladder pressure. Should this golden shower not be up to the female’s standards (she doesn’t like the pheromones), she will shake off the urine and find herself another mate. Should the rain from the main vein be acceptable, she will expose her non-quilled underbelly… (more)