Why Some Plants Are Weeds and Others Aren’t 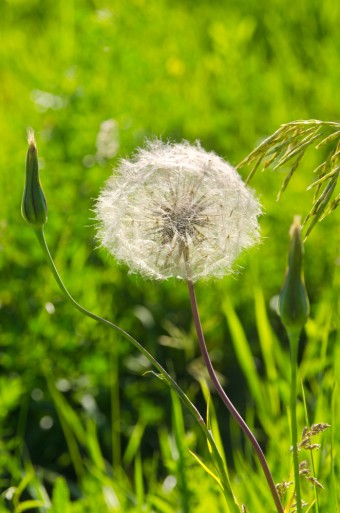 Today I found out why some plants are considered weeds and others are not.

Weeds can be defined in a variety of ways: a plant growing where it isn’t wanted, a plant that interferes with farming or grazing, a plant that was not intentionally sown, a plant that is persistent and detrimental to the plants around it, among others. Basically, what it comes down to is that weeds are plants that humans don’t want to have around for one reason or another.

In the United States, there is a federal weed list and many states have their own weed lists, too. Some common flowers appear on the state weed lists yet appear in gardens and flower bouquets across the country. For instance, baby’s breath (Gypsophila paniculata) is considered a noxious weed in California, while the ox-eye daisy (Chrysanthemum leucanthemum), your typical white daisy with the golden centre, is considered a weed in numerous states, including Colorado, Kansas, Ohio, and West Virginia.

Some weeds are simply plants that are not wanted in the place where they are growing, but are useful at other times. For instance, a wild raspberry plant smothering a crop of strawberries planted by a farmer. In other areas, a weed might be an invasive species of plant which threatens a country’s natural flora. An example of this is broom, or Cytisus scoparius, which grows abundantly in Scotland and is used in ornamental landscaping, sand dune stabilization, and wasteland reclamation. It was even used as a symbol of the Plantagenet kings. However, in Australia, New Zealand, and parts of North America, it is considered a pest species and often eradicated.

Sometimes weeds were considered undesirable in the Old World before they came to the new one. Weed seeds were unintentionally spread after they were mixed in with seeds of other plants, like those of vegetables. Other times, farmers found weeds useful to help other plants grow—such as sweet briar in New Zealand, which was used to help grafted roses grow, and then became a pest when it spread.

Typically, weeds also possess certain characteristics that make them particularly irritating to the human race: they grow and spread very quickly, which can hurt the surrounding plants by depriving them of sunshine and nutrients in the soil. Their spread can be attributed to their abundant seed production and the hardiness of those seeds, which can lay dormant in the soil for long periods of time. Weeds themselves are also hardy, often able to live in extreme conditions and in places affected by human interference. To sum it up, weeds are typically extremely difficult to exterminate from a garden bed entirely.

Other than acting as an invasive species in new areas, weeds also are often considered such as they are plants that pose a threat to farmers and their crops. Weeds can contaminate crops, reducing crop quality; they can host diseases which kill the crop; shelter insects in the winter which will then eat the crop; and they could also produce toxins, infecting the crop with chemicals that are dangerous for human consumption.

Needless to say, farmers tend to want to keep weeds away from their crops. They spend billions of dollars every year on herbicides to keep weeds at bay, but even that doesn’t stop all of them. Additional money is lost on crops that fail or are contaminated because of weeds. Their loss in profit means higher prices at the grocery store for the consumer.

Despite all of the flaws of weeds, many do have some benefits, too. They provide soil stabilization and nectar for bees. They can be food for wildlife or even humans, as well as occasionally used for medicinal purposes. And, of course, as alluded to, weeds are big business and many jobs are created because of them.  After all, how many fewer workers would be needed and fewer home lawn and garden products if weeds were as easy to kill as that houseplant you’re always struggling to keep alive. 😉