The Origins of the Names of the Historic English Counties 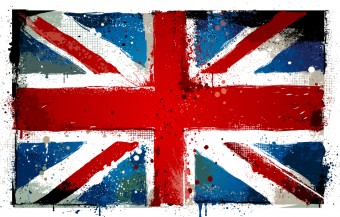 Today I found out the origins of the names of England’s historic counties.

Bedfordshire is likely named after Beda, a Saxon chief who settled on River Great Ouse, which runs through the county. The settlement probably started as something like “Beda’s Ford” which was then shortened to Bedford.

When it was founded, Berkshire was Bearrocscir. Bearroc is thought to be a Celtic word meaning “hilly place,” while scir was an old word for shire. The name eventually evolved into the Berkshire we know today.

The origin of the name of this county is somewhat up for debate, but it’s believed that Bucking is derived from the Saxon word buccen, which meant either “beech trees” or “deer.” The ham ending means “homestead.” So, it was a home of either beech trees or deer, depending on who you talk to.

The Old English word for this area is Grontabricc, which meant “Bridge over the River Granta.” It is unknown what Granta means. Under Norman influence, the area soon became known as Cambridge. Cam is a Celtic word meaning “crooked.”

Not just referring to a grinning cat, this county name is short for “Chester shire.” Chester comes from the Old English cestre, which in turn is derived from the word legacaestir, meaning “City of Legions.” Chester was often used to denote a Roman town.

Cumberland started out as Cumbra land, which meant “land of the Cymry.” Cymry means “the Welsh,” and in turn comes from the ancient word combrox, which means “compatriot.” Interestingly, Cumberland (now part of Cumbria) is not on the Welsh border.

There are a few different origin theories for Derby. First, that it came from the Danish Djura-by, which meant “deer settlement.” Second, that it came from the River Derwent, which runs through the county. The town became known as Derwent by, which meant “settlement near Derwent.” This was later shortened to Derby. Derwent means “a valley of oaks.”

This shire derives its name from the Old English word defena, which meant “territory of the Dumnonii.” The Dumnonii were an old Celtic tribe who ruled the area from the Iron Age to the era of the Saxons. Their name either meant “deep valley dwellers” or had something to do with the Celtic goddess of the deep, Domnu.

This place was originally Dunholm, made up of the Old English word dun (hill) and the Scandinavian holmr (city). Therefore, it meant “city on a hill.” The n got switched to an r in Norman times.

This is the shortened version of the Old English East-Seaxe, which meant “East Saxons.” The word has been around since around the 7th Century, when the East Saxons had a kingdom in the area.

This name developed from the Old English Gleawceaster, which was taken from the Celtic word Glevo, meaning “bright place.” The cester is from chester, just like Cheshire, which denotes an old Roman town.

In Anglo-Saxon, here meant “invading Vikings.” Ford, of course, meant a river crossing. Therefore, this word meant “a place where armies could cross.” It likely refers to an army crossing the River Wye.

This one comes from the Old English Herutford, which means “a ford frequented by harts.” A hart is a male deer usually over the age of five.

In Old English, this was Huntandun. The dun part means “hill,” while huntan meant “huntsman.” So, Huntingdon means “hill of the huntsman.” It’s also possible that this name means “hill of Hunta,” with Hunta being the name of a person.

There are a couple of ideas about the place name Kent. First, that it is related to the Old English word cennan, “to tell or make known.” Second, that it is an ancient Celtic word that meant “coastal district.” As it is on the coast, the latter wouldn’t be out of place.

This county has partially unknown origins. The name is a shortened version of ligera ceister, which means “Roman town of the Ligore people.” Unfortunately, we don’t know what Ligore means.

Lincoln likely means “lake or pool,” and ultimately stems from an Old English word lindo. This was taken by the Romans who Latinized the word and named the area Lindum Colonia, which was ultimately shortened to Lincoln.

Much like Essex, this one means “land of the Middle Saxons,” who had a kingdom in the area. This included an early part of London.

Literally, “the north folk.” It comes from Nordfolc and refers to people who live in the north.

As you might have guessed from reading that “Hampshire” used to be South Hamptonshire, this has the same origin, namely-  Ham means “homestead.” And it’s likely that the “p” was eventually tacked on for the same reason we have a p in Thompson.  (The “ton” in Hampton is also just a form of homestead.)

This is the name of an old kingdom that lay north of the Humber River, thus “Northumber.” There are a few theories about the word Humber: first, that it’s derived from the Latin umbro, meaning “to cover in shadows.” Second, that it could come from an ancient word meaning “river.”

Nottinghamshire has some snotty origins. It used to be known as Snotengaham, which meant “home of Snot’s people.” Snot was likely a man of Anglo-Saxon origins making his home in the area. (Not the best choice to name your child…)

This one isn’t too difficult to guess: it literally means “where the oxen cross the river.” It comes from the Old English Oxnaforda.

Rutland might stem from Ruthland, or land belonging to the Ruth people of Essex. However, it’s also been written as Roteland, which makes that etymology unlikely. Another idea is that it comes from the Old English word hrythr, which means “cattle.” So, it was the land of the cattle.

This is a shortened form of Shrewsbury, which comes from Scrobbesbyrig, meaning “a fortified place in the scrub.” Anglo-French scribes changed it to Sarop to make it easier for them to pronounce, and eventually it evolved into Shropsbury and then Shrewsbury.

The Celts had named the area “Gwald yr haf” which meant “land of summer.” When the Anglo-Saxons came along, they kept the meaning and called the area Somerset.

In Old English, staed meant “riverbank,” and ford, as you already know, means “crossing.” Staf evolved from staed, so Stafford means “crossing by the riverbank.”

Along the lines of Norfolk, Suffolk simply means “south folk.”

Surrey comes from suder, which means “south.” In this case, Surrey is south in relation to Middlesex.

Yet another southerly directional name, this one is similar to Essex and Middlesex in that it means “South Saxons,” who had a kingdom in the area.

Warwickshire evolved from Waerincwicumscir. Breaking it apart, you get “weir” and “wic.” A weir is a river dam, and wic meant “dwelling.” Therefore, it means “dwelling by the riverdam.”

This one is also pretty easy to figure out: it’s a slightly shortened version of “west moorland.”

Wiltshire, previously known as Wiltonshire, is named after the River Wylye, a name which might mean “tricky.”

Another Chester or “Roman town” name, the wor part of this name comes from Weogora, which is the name of a tribe that once lived there. Weogora possibly means “winding river.”