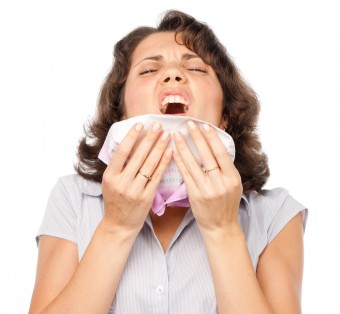 Today I found out about the meaning of the word “gesundheit” and other sneeze etiquette around the world.

You are probably accustomed to hearing or saying “bless you” after someone sneezes. It’s simple sneeze etiquette, at least in English speaking countries. In Germany, it’s polite to say “gesundheit” after someone sneezes, which more or less means “health.” More specifically, it’s made up of the word gesund, which means healthy, and the suffix ­–heit, which means –hood. Literally, “healthy-hood.”

Foreign words run rampant in the English language, so it should come as no surprise that gesundheit has worked its way in alongside its German relatives Kindergarten, doppelganger, poltergeist, and noodle. It’s believed that gesundheit entered the English language some time in the early 20th century as Germans began to migrate to English-speaking countries such as the United States.

The word steadily gained in popularity from there, and in some parts of the English-speaking world these days, it’s almost as popular as “bless you.”

The attraction of gesundheit isn’t hard to miss. The English “bless you” has inherent religious connotations. Some today simply aren’t religious and so look for an alternative, while others have become more concerned about the political correctness of the words and phrases they use, and religion has always been a hot-button issue. Just as people are moving away from saying “Merry Christmas” in favour of “Happy Holidays,” being able to wish someone “health” rather than “blessings” is seen as more politically correct.

Wishing someone well after they sneeze is an old practice, and it is something that can be found in (almost) every corner of the world. While the actual origin of sneeze etiquette is a mystery, the most popular and most plausible theory is that people believed a sneeze was a prelude to illness, and that wishing them health or luck with what was to come was only polite.

Another popular theory is that a sneeze is “letting the demons in” which is the origin of the “bless you” response; it was supposed to guard the sneezer and responder from the Devil. However, neither of these theories is backed by much in the way of actual evidence, and we may never know why people started responding to sneezes in the ways that they do.

Whatever the case, the sneeze appears to have caused worry in many different cultures. Along with gesundheit and “bless you,” here are just a few examples of how people acknowledge another person’s sneeze around the world: