September 6, 2013 Terynn Boulton
Melissa asks: Was there really a “Craig” who started “Craigslist” or is that just a marketing gimmick? 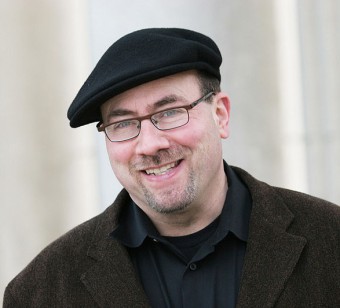 Craig Newmark is the Craig of Craigslist whose estimated net worth as of 2010 was around $400 million. This is in direct contrast to his financial wealth during childhood, where his mother struggled to support Craig and his brother, Jeff, after the death of their father.

Craig Alexander Newmark was born on December 6, 1952, in Morristown, New Jersey, to Joyce and Lee Newmark. Lee worked as an insurance salesman but after his death, Joyce had to move her two sons into an apartment. Craig was only thirteen years old when his father died.

After graduating from Morristown High School in 1971, Craig had earned enough scholarships to fund his post-secondary education at Case Western Reserve University. There, he received a Bachelor of Science degree in 1975 and a Masters of Science degree in 1977. With his new degrees, Craig landed himself a job as a programmer with IBM for 17 years – first in Boca Raton, Florida and then in Detroit.

In 1993 he moved to San Francisco to work for Charles Schwab. It was here that he was introduced to the internet, resulting in his development of Craigslist.

Craigslist began as a simple e-mail distribution list amongst friends in 1995. The majority of the earliest posts were posted by Craig himself and were notices of social events attractive to software and Internet developers living and/or working in the San Francisco Bay area.

Thanks to word of mouth, the number of both postings and subscribers grew rapidly and Newmark was surprised when people started using the list for non-event postings, most of which were to fill technical positions. This lead to the addition of a category for “jobs”. Additional categories were added in response to user demand. Ever growing in popularity, community members demanded a web interface and thus the now super popular website, Craigslist.org went live. It was 1996.

Fast forward to 1998, Newmark was still enjoying a career as a software engineer, more specifically a hardcore java programmer. Craigslist was still a hobby to him, but a hobby with great perks. Through the site, he was getting himself invited to the best parties for geeks and nerds out there.

In 1999, Craigslist was growing so fast that it was incorporated as a private for-profit company and Newmark stopped working as a software engineer to work full-time running Craigslist.

By April of 2000, there were nine Craigslist employees working out of Newmark’s San Francisco apartment, including Jim Buckmaster who joined the company in January of 2000 as lead programmer and CTO – chief technology officer. He contributed to the site’s multi-city architecture, its search engine, discussion forums, flagging system, self-posting process, homepage design, personals categories and best-of-Craigslist feature. In November of 2000 he was promoted to CEO which is a position he still holds today.

Over the next few years Craigslist expanded rapidly to several cities throughout the world and on August 1, 2004, they began doing something they had never done before – charging a fee to post job openings in select cities. On the Los Angeles and New York pages it cost $25 per job posting. That very same day, a new Craigslist section called “Gigs” was added. In the “Gigs” section, low-cost and unpaid jobs and internships can be posted for free.

As of August 9, 2012, over 700 cities in 70 countries have Craigslist sites, with the website serving over 20 billion page views, 80 million new classified advertisements, and 2 million new job posting listings each month, making it the leading classifieds service and one of the top job boards in the world.

If Craigslist is free for most everybody, then how in the world does it make any money? Its main source of revenue is still primarily from the paid job ads in select cities. It charges $75 per ad in San Francisco and $25 per ad in New York, Los Angeles and now San Diego, Boston, Seattle, Washington, D.C., Chicago, Philadelphia, Orange County in California, and Portland, Oregon. It also charges $10 per paid broker apartment listing ad in New York City.  This might not sound like much, but despite being one of the biggest websites in the world, the company today only has a little over 30 employees and the estimated revenue that they bring in annually from those small percentage of paid posts is a gross of about $130 million as of 2012, with about $100 million of that being profit… so, they’re doing alright.