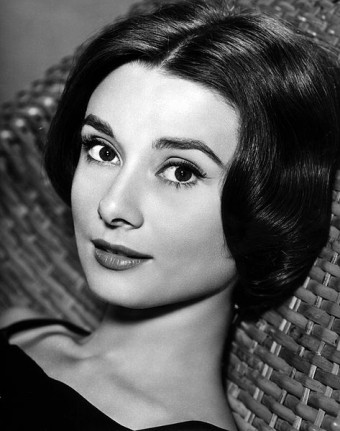 Best known as a movie actress having starred in such classic movies as Sabrina, Funny Face, Breakfast at Tiffany’s, My Fair Lady and Roman Holiday (for which she won the Academy Award for Best Actress), Hepburn had a fascinating, if tumultuous, upbringing. Her mother was a Dutch baroness and her father was a British businessman; as a result, she spent her childhood bouncing between Belgium, England and the Netherlands. In 1939, shortly after the start of World War II, Hepburn’s mother moved the family back to the Netherlands in the mistaken belief that the country, which had remained neutral and free from the devastation of World War I, would not be drawn into the conflict. She was mistaken.

The country was occupied by the Germans in 1940. By 1944, they had executed Hepburn’s uncle, one of her brothers was in a labor camp, and the other had gone into hiding.  Hepburn was still a young teenager when she began to help the Dutch resistance. An accomplished ballerina by age 14, she started out helping the resistance by dancing. How was this helpful? She danced in secret productions to raise money for the resistance. As she famously said, “The best audience I ever had made not a single sound at the end of my performances.” Hepburn also occasionally ran messages for the resistance. Had she been discovered doing either of these things, a swift execution would have followed.

Like most of the Dutch, Hepburn and her family endured famine and other hardships throughout World War II. Hepburn herself suffered from respiratory illness, edema, and anemia during the Dutch Famine of 1944. When humanitarian aid finally arrived providing much needed relief, Hepburn witnessed first hand the transforming impact international aid agencies can have on suffering regions. As a result, she developed a life-long devotion to the United Nations Children’s Fund (UNICEF) and was appointed a Goodwill Ambassador in 1989. She was awarded the Presidential Medal of Freedom in 1992, four months before her death.

Like Hepburn, Ian Fleming, the author who created the most famous spy in the English language, James Bond, also worked to defeat Nazi Germany. In fact, he actually worked for a British intelligence service during World War II. Recruited by the director of intelligence for the Royal Navy in 1939, Fleming, code name 17F, was adept at creating special operations schemes. One of his most famous ploys involved placing misleading documents on a British corpse, and then leaving it where Axis soldiers could find it. Another, called Operation Golden Eye, had Fleming establishing an intelligence framework in Spain. By 1942, Fleming led a special operations unit that worked near and behind enemy lines to acquire sensitive documents. It is easy to see the creative mind behind Casino Royale, On Her Majesty’s Secret Service and The Spy Who Loved Me in Fleming’s dashing wartime efforts.

The literary genius behind Charlie and the Chocolate Factory and James and the Giant Peach also worked as a spy during World War II, although many of Roald Dahl’s spying efforts seemed to have happened in the bedroom, rather than the situation room. As newspaper powerhouse Charles Marsh’s daughter said, “Girls just fell at Roald’s feet.  I think he slept with everybody on the east and west coasts that [was worth] more than $50,000 a year.”

Dahl had been a “flying ace” level fighter pilot who rose to the rank of wing commander for the British.  A severe crash eventually resulted in him taking a diplomatic position with the British embassy in Washington, D.C. in 1942, Dahl quickly became popular with the wealthy wives of powerful men who ran Washington. He was soon recruited to help a secret British effort that was geared at surreptitiously bringing the United States further into the war. In addition to helping to secure American popular support, Dahl also engaged in a bit of espionage that included transferring stolen documents and passing on secret information.

Noel Coward, the famous playwright who penned Cavalcade and Private Lives, once said of his spying days, “celebrity was a wonderful cover.” Trained at a secret base in Bletchly Park with Ian Fleming and others, Coward’s cleverness, wit, fame and style enabled him to successfully collect and convey intelligence across three continents during World War II. Describing himself as the “perfect silly ass,” Coward used his persona as a happy playboy to convince those he was spying on that he was a vacuous twit, to great effect. Throughout the war, he kept close with the Duke and Duchess of Windsor (the former being Edward VIII who abdicated in 1936) while they stayed in Paris; both were known to be Nazi sympathizers. Although much of Coward’s clandestine work during World War II remains a mystery, it appears that it abruptly came to an end in 1941; according to one rumor, he was found out and placed on the Nazi Black List of people to be killed once Germany defeated Britain.

Before she penned the transformative cookbook, Mastering the Art of French Cooking, Julia Child worked as a top secret researcher on various projects for the chief of the Office of Strategic Services (the predecessor to the CIA). Posted in Washington, D.C., Sri Lanka and China, Child was responsible for keeping track of and passing on highly classified information, including cutting edge technology and invasion plans.

Even criminals are sometimes patriots. Charles “Lucky” Luciano, the famous Mafioso and head of the Genovese family, answered the call when Uncle Sam needed help during World War II. Fearing Axis agents would surreptitiously enter the country on ships, and even potentially sabotage U.S. efforts, the Navy knew it had to have excellent intelligence about the comings and goings on the New York waterfront. Unfortunately, neither the civil authorities nor the police fully controlled the Port of New York, la Cosa Nostra did.

Never one to put principle before practice, the Navy negotiated a deal with Luciano, who was in prison at the time in 1941. Luciano reportedly ensured that the Navy had the best intelligence from the docks, and, by some accounts, that there would be no strikes until the war ended. In fact, there is rumor that Luciano helped American military personnel establish contacts with Mafioso in Sicily, prior to the invasion. Of course, no leopard can change his spots, and Luciano kept with his criminal enterprise until his death in Italy in 1962.