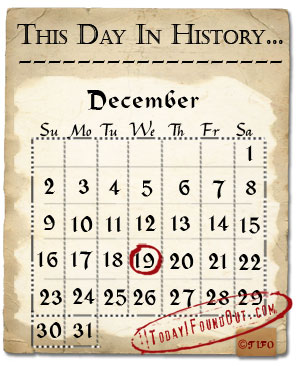 Much like Orson Welles before him, Johnny Carson once accidentally used his public platform to incite a public panic. On this day in history, 1973, Carson started a near month long toilet paper shortage in the United States. In his show, he stated, “You know what’s disappearing from the supermarket shelves? Toilet paper… There’s an acute shortage of toilet paper in the United States.” Americans promptly went out and bought up every piece of toilet paper they could find. Supermarkets tried to ration it, but to no avail. By noon the next day, pretty much all the nation’s supermarkets were sold out of toilet paper.

Incidentally, in the “panic” (there really wasn’t one in reality) after Orson Welles’ famous performance of H.G. Wells’ The War of the Worlds many people tried to sue for a variety of things, such as for the mental anguish the broadcast caused due to being presented as if it were actually happening. Among all the suits, which were summarily dismissed, only one person got what he was asking for. That person was a black man who had spent the money he had been saving for a pair of shoes on trying to escape the invading Martians. When Welles’ heard about this, he insisted that the man be reimbursed his shoe money.