When The Call Sign ‘Air Force One’ Was First Used 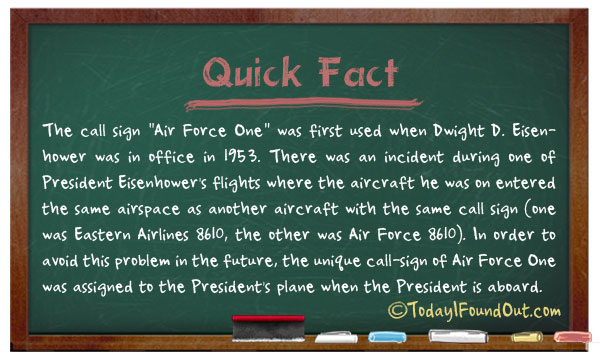 Text Version:
The call sign “Air Force One” was first used when Dwight D. Eisenhower was in office in 1953. There was an incident during one of President Eisenhower’s flights where the aircraft he was on entered the same airspace as another aircraft with the same call sign (one was Eastern Airlines 8610, the other was Air Force 8610). In order to avoid this problem in the future, the unique call-sign of Air Force One was assigned to the President’s plane when the President is aboard.