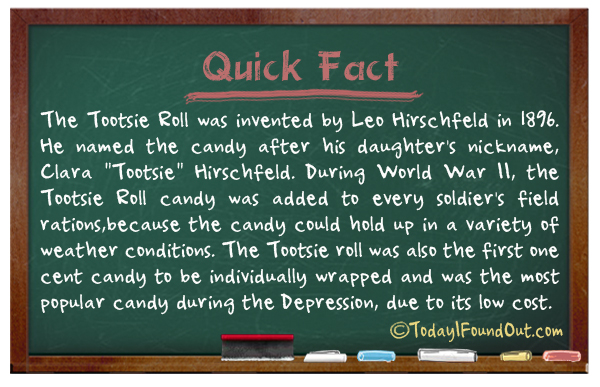 Text Version:
The Tootsie Roll was invented by Leo Hirschfeld in 1896. He named the candy after his daughter’s nickname, Clara “Tootsie” Hirschfeld. During World War II, the Tootsie Roll candy was added to every soldier’s field rations, because the candy could hold up in a variety of weather conditions. The Tootsie roll was also the first one cent candy to be individually wrapped and was the most popular candy during the Depression, due to its low cost.