The Sum of All Numbers On A Roulette Wheel 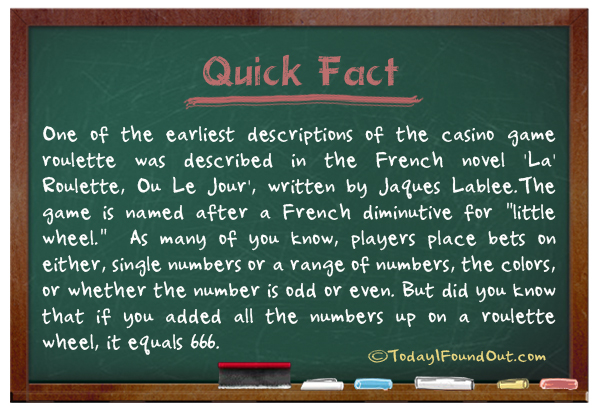 Text Version:
One of the earliest descriptions of the casino game roulette was described in the French novel ‘La’ Roulette, Ou Le Jour’, written by Jaques Lablee. Roulette is named after a French diminutive for “little wheel.” As many of you know, players place bets on either, single numbers or a range of numbers, the colors, or whether the number is odd or even.
But did you know that if you added all the numbers up on a roulette wheel, it equals 666?