The Longest Living Mammal On The Planet 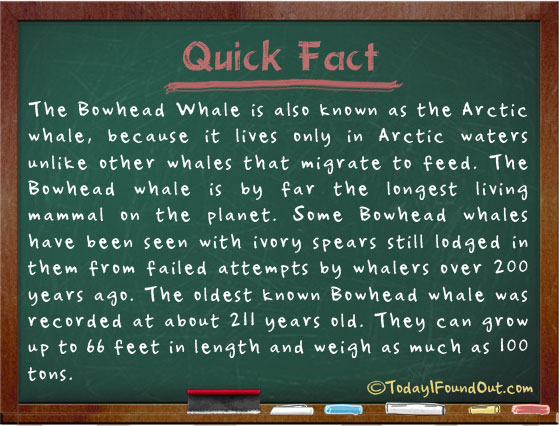 Text Version:
The Bowhead Whale is also known as the Arctic whale, because it lives only in Arctic waters unlike other whales that migrate to feed. The Bowhead whale is by far the longest living mammal on the planet. Some Bowhead whales have been seen with ivory spears still lodged in them from failed attempts by whalers over 200 years ago. The oldest known Bowhead whale was recorded at about 211 years old. They can grow up to 66 feet in length and weigh as much as 100 tons.