The Hollywood Walk Of Fame Features Some Fictional Characters 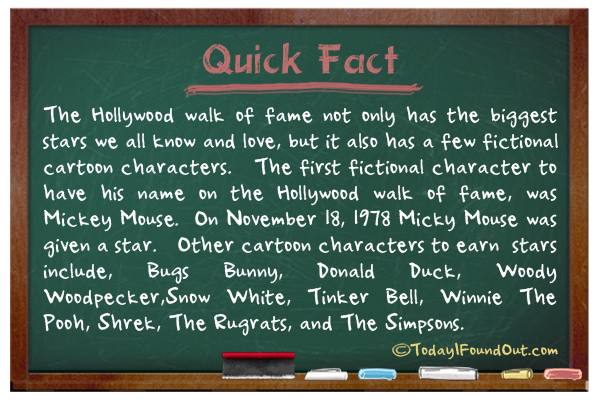 Text Version:
The Hollywood walk of fame not only has the biggest stars we all know and love, but it also has a few fictional
cartoon characters.   The first fictional character to have his name on the Hollywood walk of fame, was Mickey Mouse.  On November 18, 1978 Micky Mouse was given a star.   Other cartoon characters to earn  stars include, Bugs Bunny, Donald Duck, Woody Woodpecker,Snow White, Tinker Bell, Winnie The Pooh, Shrek, The Rugrats, and The Simpsons.