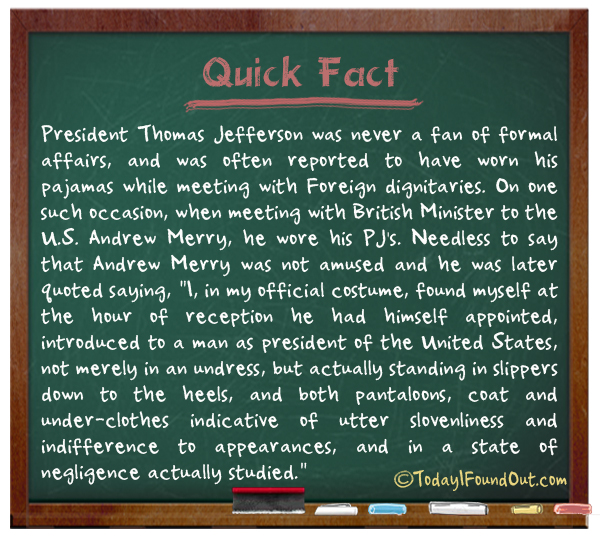 Text Version:
President Thomas Jefferson was never a fan of formal affairs, and was often reported to have worn his pajamas while meeting with Foreign dignitaries. On one such occasion, when meeting with British Minister to the U.S., Andrew Merry, he wore his PJ’s. Needless to say, Andrew Merry was not amused and he was later quoted as saying, “I, in my official costume, found myself at the hour of reception he had himself appointed, introduced to a man as president of the United States, not merely in an undress, but actually standing in slippers down to the heels, and both pantaloons, coat and under-clothes indicative of utter slovenliness and indifference to appearances, and in a state of negligence actually studied.”