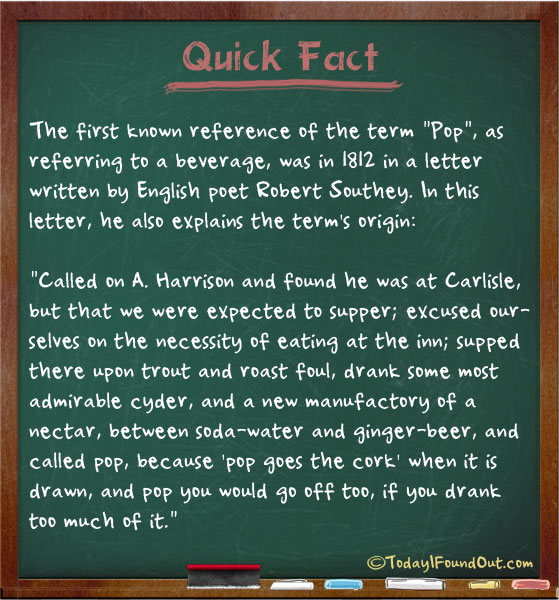 The first known reference of the term “Pop”, as referring to a beverage, was in 1812 in a letter written by English poet Robert Southey. In this letter, he also explains the term’s origin: “Called on A. Harrison and found he was at Carlisle, but that we were expected to supper; excused ourselves on the necessity of eating at the inn; supped there upon trout and roast foul, drank some most admirable cyder, and a new manufactory of a nectar, between soda-water and ginger-beer, and called pop, because ‘pop goes the cork’ when it is drawn, and pop you would go off too, if you drank too much of it.”