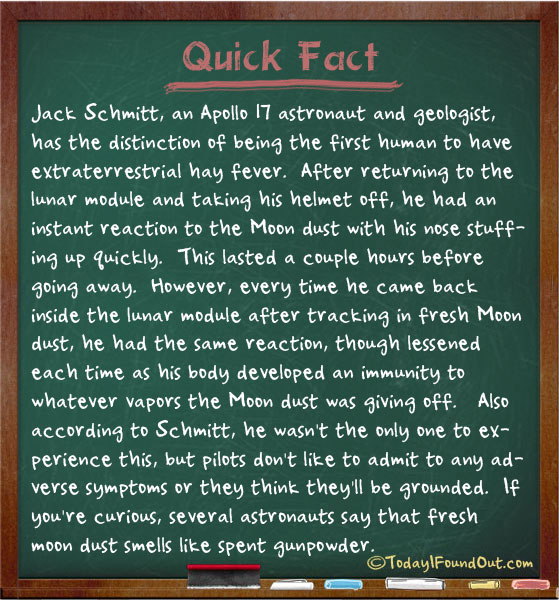 Jack Schmitt, an Apollo 17 astronaut and geologist, has the distinction of being the first human to have extraterrestrial hay fever.  After returning to the lunar module and taking his helmet off, he had an instant reaction to the Moon dust with his nose stuffing up quickly.  This lasted a couple hours before going away.  However, every time he came back inside the lunar module after tracking in fresh Moon dust, he had the same reaction, though lessened each time as his body developed an immunity to whatever vapors the Moon dust was giving off.   Also according to Schmitt, he wasn’t the only one to experience this, but pilots don’t like to admit to any adverse symptoms or they think they’ll be grounded.  If you’re curious, several astronauts say that fresh moon dust smells like spent gunpowder.