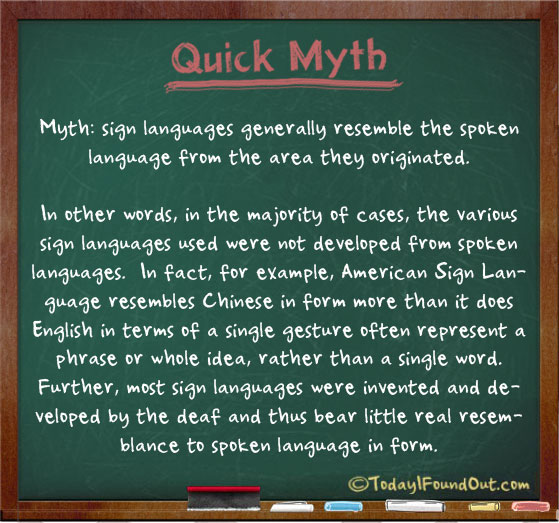 Myth: sign languages generally resemble the spoken language from the area they originated. In other words, in the majority of cases, the various sign languages used were not developed from spoken languages.  For example, American Sign Language resembles Chinese in form more than it does English in terms of a single gesture often represent a phrase or whole idea, rather than a single word. Further, most sign languages were invented and developed by the deaf and thus bear little real resemblance to spoken language in form.

Sources and How Deaf People Think