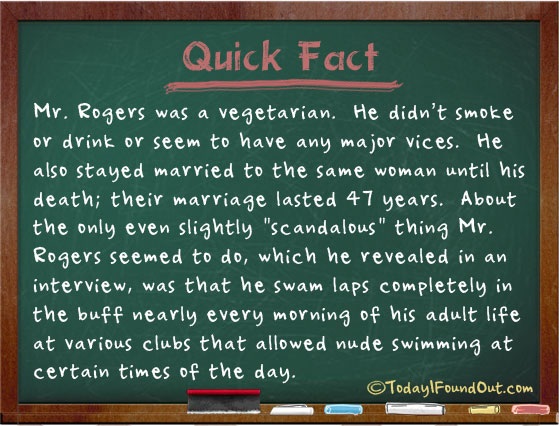 Mr. Rogers was a vegetarian.  He didn’t smoke or drink or seem to have any major vices.  He also stayed married to the same woman until his death; their marriage lasted 47 years.  About the only even slightly “scandalous” thing Mr. Rogers seemed to do, which he revealed in an interview, was that he swam laps completely in the buff nearly every morning of his adult life at various clubs that allowed nude swimming at certain times of the day.