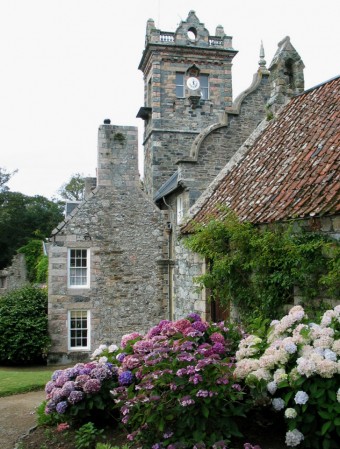 Today I found out there was once a one man invasion attempt of the island of Sark.

Andre Gardes was an unemployed nuclear physicist from France. Mr. Gardes believed himself the rightful heir and “Seigneur” of the small formerly feudal state of Sark. In August of 1990, Gardes decided to stage an invasion to forcefully set himself up as the ruler of Sark’s 610 inhabitants. Apparently unable to get anyone to follow him, he decided only a one man force was necessary. Gardes, being a civilized man, arrived the night before the invasion and posted notices of his impending takeover the following day at noon.

As the actual Seigneur of the island, John Michael Beaumont, stated, “He was such an odd chap. He turned up one night and started putting up signs saying he was going to take over the island next day at noon. They read very like German wartime notices (the island had previously been taken over by Germans in WWII, who also announced their intention to take over the island via notices before arriving with soldiers the next day). Most people thought it was a joke, but he was serious.”

The local volunteer Constable, the only law enforcement on the island, being informed of the invasion thanks to the notices, decided to take the threat seriously.  On the morning of the invasion, Constable Perrée began to plan the island’s defense, which was a two stage scheme. First, he went looking for Mr. Gardes. He found him sitting on a park bench in army fatigues preparing for the massacre that was about to befall this island.  As the Constable approached the invading army (a.k.a. Gardes), he saw Gardes loading his automatic weapon.

The first “showing up” stage now complete, Mr. Perrée executed the second stage of the plan.  He complimented Mr. Gardes on his choice of gun and convinced Gardes to remove the magazine and let him see the instrument of the island’s assured defeat, so the constable could better admire it. When Gardes acquiesced, the Constable took the gun and punched him in the nose. The invasion was over. The gun used in the attempted coup now sits in the Sark Museum next to old ships and a dedicated exhibit to one of the island’s two original telephone calls.

Sark itself is a “Crown Dependency”. Crown Dependencies are possessions of the British “Crown” or the Monarch of England. However, they govern themselves independently from any nation with the approval from the “Privy Council” (the council that advises the crown). At the time Mr. Gardes attempted to invade the state, it was the last Feudal nation left in Europe. The right to rule and govern the state rested in the hands of a “Seigneur” and, as long as he had permission from the Privy Council, he was empowered to make the laws as he saw fit.

In the 16th century, Sark was granted “in fief” by Queen Elizabeth I to Heliere de Carteret, giving him the right to govern all those on the island so long as he kept at least 40 armed men to keep the island free of pirates, as Sark island at the time was a haven for pirates. Heliere did this, bringing in 40 families to establish a community on the island. From there, the Seigneurship was passed down in his family until 1844.

In 1844, the island was mortgaged to John Allaire so that the Seigneur could continue to fund his silver mine. When this mine failed, the Seigneurship was sold to Marie Collings for £6,000. Again the title was passed down through inheritance through today.

The privileges of the title included some amazing benefits.  For instance, a Seigneur is the only one allowed to own and keep pigeons on the island… or posses an unspayed dog…. If that doesn’t do it for you, the Seigneur also is the only one who has the right to keep “the flotsam and jetsam” that washes up on the island. 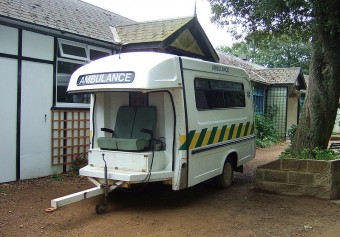 Just because his/her Excellency gets all the privileges, doesn’t mean they aren’t held accountable by the people. The late Dame Sybil Hathaway once tried to get battery-powered buggies to be permitted on the island, as she was getting older and having trouble getting around. This caused a major uprising and there was almost a revolution over the matter. The feeling was that this might one day lead to cars being permitted on the island! If you’re wondering, while the island doesn’t have cars, it does have an ambulance that gets towed by a tractor.  They also have a taxi, which is just a trailer that is pulled by the same tractor that pulls the ambulance.

While these tenants may seem to have restricted rights, to those of us accustomed to a more democratic form of governance (I’ll keep my own flotsam, thank you very much), they do have it pretty nice on the island.  For instance, they have virtually no taxes.   The only taxes on the island are: when property is sold, there is a 7.7% tax on the sale; a tax on alcohol; and a tax and tobacco.  Finally, anyone owning a bicycle, tractor, or horse, must pay a small annual fee.  The revenue generated from this primarily goes to helping the elderly in Sark (need based), with the exception of the property sale tax, which goes to the Seigneur.

The island is also nearly crime free with the exception of the occasional crime committed by a tourist who are then promptly kicked off the island.  If one is wronged, even if by the Seigneur, the islanders do have a simple means of handling that. All the victim needs to do is enact “Clamuer de Haro”. In front of witnesses, the victim raises their voice and recites The Lord’s Prayer. They then must cry out, “Haro, Haro, Haro! To my aid, my Prince! I am being wronged!” The offender is then required by law to stop their offense until the matter can be decided in court, which typically happens within the next 24 hours. The island’s inhabitants must all get along very well, and enjoy the system, as the last “Clameur” was recorded in June of 1970. It was used to prevent the construction of a garden wall.

Alas this empire of worlds lost could not last forever. In 2007, at the urging mostly of outsiders buying land in Sark and being unhappy with the feudal system, particularly the billionaire Barclay brothers, Sir David Barclay and Sir Frederick Barclay, who bought a nearby island, Brecqhou, which is technically part of the Sark nation, the Privy Council approved a motion to usher in “universal suffrage” for its 610 residents. This motion changes Sark’s governing body of 40 landowners, or “tenants”, to a more democratic system, using a 28 member “Chief Pleas” body of elected officials to govern. This 2007 enactment also revoked the rule of the Seigneur, though he does still serve many of the functions he did before, except now anyone can own pigeons!