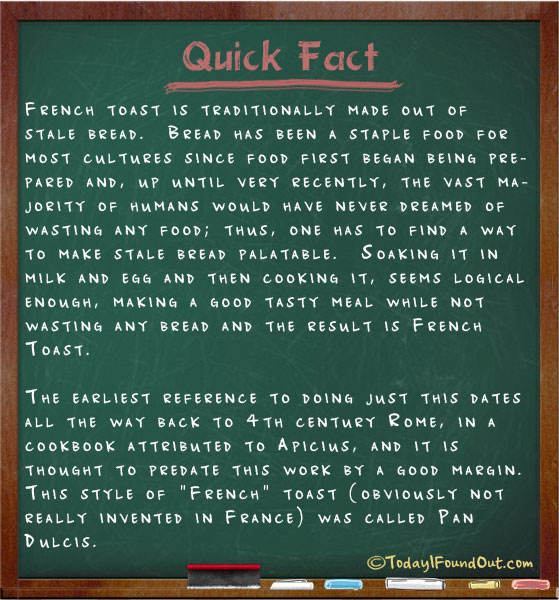 French toast is traditionally made out of stale bread.  Bread has been a staple food for most cultures since food first began being prepared and, up until very recently, the vast majority of humans would have never dreamed of wasting any food; thus, one has to find a way to make stale bread palatable.  Soaking it in milk and egg and then cooking it, seems logical enough, making a good tasty meal while not wasting any bread and the result is French Toast.

The earliest reference to doing just this dates all the way back to 4th century Rome, in a cookbook attributed to Apicius, and it is thought to predate this work by a good margin. This style of “French” toast (obviously not really invented in France) was called Pan Dulcis.