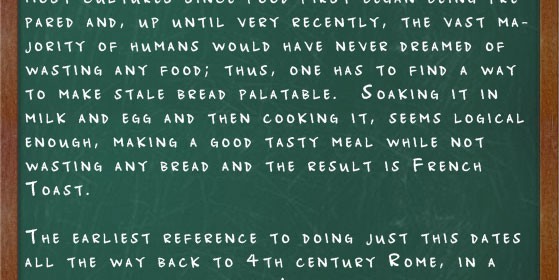 French toast is traditionally made out of stale bread.  Bread has been a staple food for most cultures since food first began being prepared and, up until very recently, the vast majority of humans would have never dreamed of wasting any food; thus, one has to find a way to make stale bread palatable.  Soaking it in milk and egg […]

END_OF_DOCUMENT_TOKEN_TO_BE_REPLACED

French Toast Was Not Invented in France 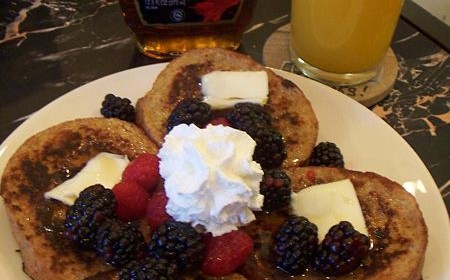